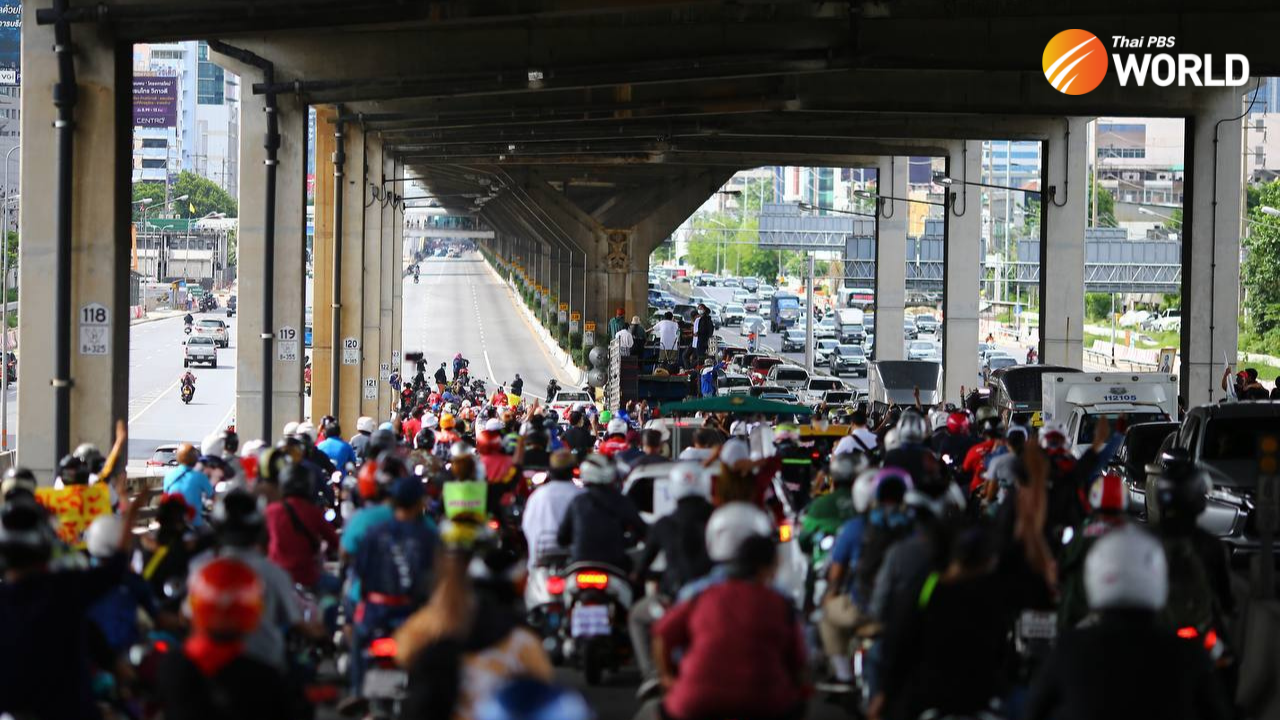 32 anti-government protesters, belonging to the “Talu Fah” group, were arrested yesterday, Deputy Commissioner of the Metropolitan Police Bureau Pol Maj-Gen Piya Tavichai confirmed today (Tuesday), while Amnesty International (AI) issued a statement saying that the arrests are meant to create “a climate of fear” and that police crackdown on Sunday was not proportionate.

The group, led by Jatupat Boonpattararaksa, aka Pai Dao Din, gathered in front of the Narcotics Suppression Bureau yesterday to pressure police to release their colleagues who were arrested on Sunday for their “car mob” rally, during which clashes with police led to several injuries. The group tried to break into the compound by shoving police officers on duty, which led to the arrests, said Pol Maj-Gen Piya.

The protesters arrested over the past two days have been released on bail later on Tuesday.

The Deputy Commissioner also revealed that, since the anti-government protests began late last year, 284 cases have been filed, investigations into 194 of which have concluded, while insisting that all offenders in Bangkok will be held accountable.

Another gathering is being held today, near the national stadium in Bangkok, to call for the resignation of Prime Minister Prayut Chan-o-cha, to demand transparency in government procurement of COVID-19 vaccines, and to reiterate the call for monarchy reform.

Today also marks the one-year anniversary that the first public call for monarchy reform was made, by human rights lawyer and activist Anon Nampa in a Harry Potter-themed protest. More than 100 people are facing prison for lèse majesté, as the use of the draconian law was resumed late last year.

Meanwhile, Amnesty International Thailand published an open statement calling out the use of force to crack down on public assemblies held since Sunday, explaining that the use of force constitutes suppression of dissenting groups who have come out to exercise their right to freedom of expression and freedom of assembly.

“The arrests made in the past two days have shown how the state wants to create a climate of fear among the protesters and other dissenters at large. The demand of human rights and equality, as well as access to effective vaccinations for all, should be heeded to by the government… (which should) not take legal action against them simply to silence society,” reads the statement.

Police used tear gas and rubber bullets to disperse the crowd on Sunday. “Peaceful protesters were not isolated and no communication was made to minimize physical violence,” the rights watchdog added.