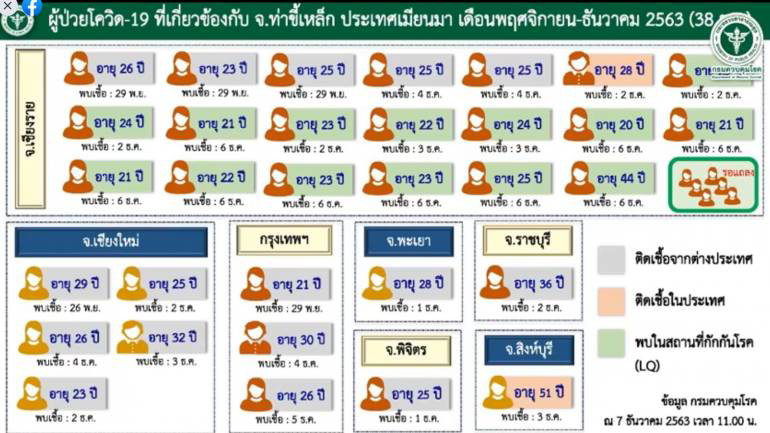 A total of 38 COVID-19 infections, linked to Thai returnees from Myanmar’s Thachilek township, have been reported so far in seven provinces, with Chiang Rai having the most at 26.

Meanwhile, the army plans to use drones, equipped with live CCTV, to patrol the Thai-Myanmar border in some of the northern provinces, to help officials prevent illegal border crossings.

Maj-Gen Chakrapong Chanpengpen, of the Security Emergency Situation Operations Centre, said that drones will be deployed in border areas, which are inaccessible to ground forces, adding that more road checkpoints, manned by troops, police and defence volunteers, are to be set up deeper inland, to conduct random checks.

According to the Disease Control Department, of the 38 cluster infections reported between November 28th and December 7th, 26 are in Chiang Rai, five in Chiang Mai, three in Bangkok and one each in Phayao, Phichit, Ratchaburi and Sing Buri provinces.

36 of the 38 cases are linked to the 1G1 Hotel complex in Thachilek, including 20 cases in local quarantine after their return from Myanmar and two locally transmitted cases.

The 1G1 Hotel was closed on November 24th, forcing many Thais working there to return to Thailand. Some did not show any symptoms upon their return, but they were subject to local quarantine for 14 days in Chiang Rai, during which they are to be tested twice.

Regarding the case of a 51-year old Thai woman from Sing Buri province, who took flight DDB717 from Mae Fah Luang airport in Chiang Rai to Don Mueang airport on November 28th, the Disease Control Department said that 55 contacts have been traced, including 37 classified as high risk, and 32 have been cleared, with the results of the remaining five still pending. 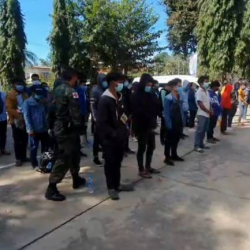