The Secrets of Yum Som O

The Secrets of Yum Som O

We all see the current trend of the ancient recipes being reawakened, studied, and appreciated. But while this is happening, the very ingredients that make those recipes the foods we are interested in are on the decline. Farmlands all over the world are shrinking in sizes and numbers, seas are rising, encroaching the lands, and we are facing shortage of food supplies everywhere on this planet earth.

Thailand has long been a food haven. Our produce—vegetables, fruits, herbs, rice—used to be so abundant that we think nothing of it. There is an old saying that in Thailand, there is ‘rice in the field, fish in the water,’ reflecting the natural abundance we used to have back in the day. 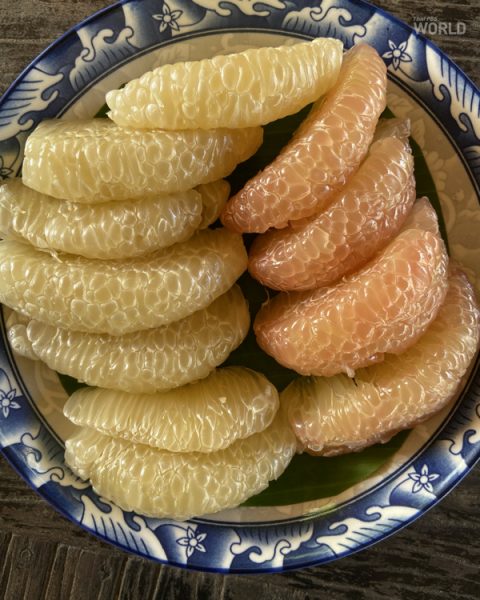 For this column, we recently made a short trip to Nakhon Chai Si—a main trading district of Nakhom Pathom province, about 50 kilometres west of Bangkok. We were following the trail of the globally-famous Nakhon Chai Si pomelo. They are the best in the country, so much so that they were the first fruit in Thailand to be protected by the GI sign (Geographical Identification) by the Department of Intellectual Property, Ministry of Commerce, since the year 2004. To be called ‘Nakhon Chai Si Pomelo,’ the fruits must only be grown within the three districts of Nakhon Pathom – Nakhon Chai Si, Sam Phran, and Phutthamonthon. There are two original types of Nakhon Chai Si pomelo – the large ‘Khao Nam Pheung’ with white and dry flesh and ‘Thong Dee’ with beautiful and juicy pink flesh. The GI sign has enhanced the awareness, and the export values of this special fruit over the year. The fruit is a living legend of the abundance of Thailand’s Chao Phraya Delta.

But the encroachment of urbanisation since the 1960s had reduced the agricultural lands around the Bangkok peripherals. Nakhon Chai Si—a large and ancient trading district lining the serene Tha Chin river—has also been effected. Riverside lands were sold and developed. But the big threat came in a form of a big flood in 2011. The inundation destroyed most of the orchards. After months of the big flood, it was extremely difficult for the growers to stand back up. They lost the original Nakhon Chai Si Pomelo rootstocks, and the reproduction was difficult, if not impossible. 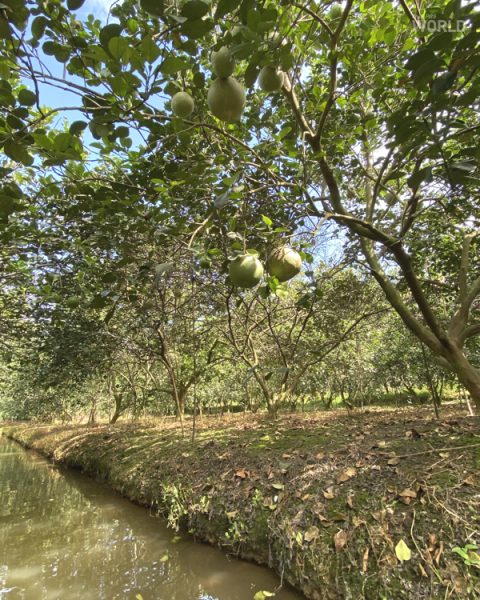 Now, just a handful of steadfast pomelo growers still perpetuate their heritage. There are also new pomelo traits appearing here and there around the country. But none are the same as the Nakhon Chai Si pomelos which bear fruit from the month of August until September. If you happen to be in Nakhon Chai Si area looking for the pomelo off that seasonal window, chances are you will see pomelos from other places. 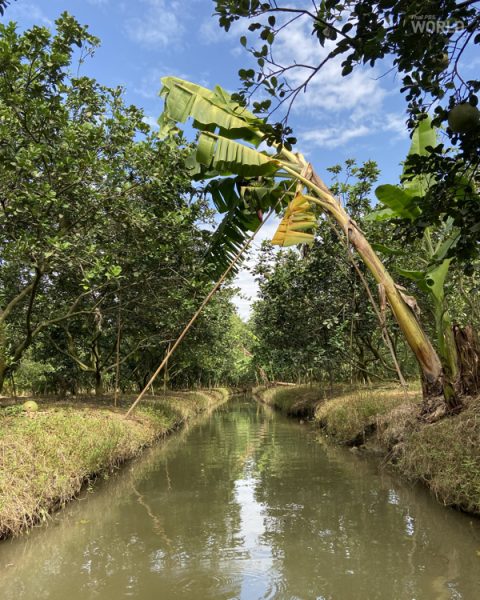 Yum Som O – or the pomelo salad – is one of the most famous Thai dishes there is. While in a western setting, they can be served as an appetiser, we Thai usually savour it as a hearty snack with each bite wrapped in betel leaf or Bai Cha Plu.

For all the information and the tastes of real Nakhon Chai Si pomelos, I would also like to thank Khun Tanoo and Khun Apassara Kanjan – Nakhon Chai Si natives who are among not too many growers still running the pomelo orchards in the area. 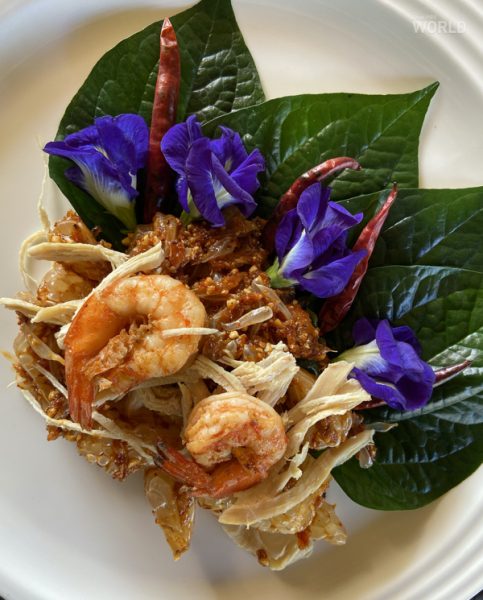 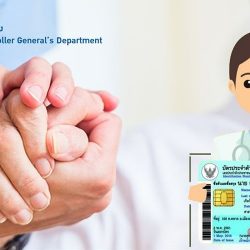