2021: The year of crypto craze and challenges it poses 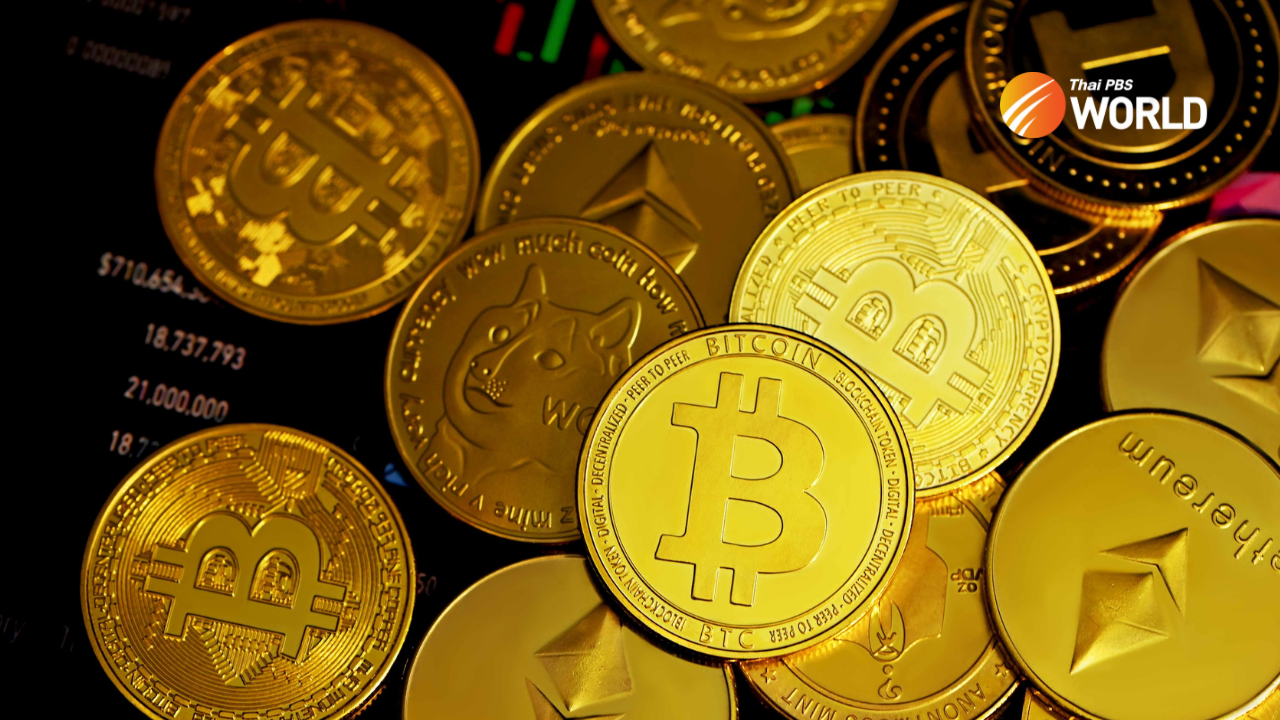 As crypto assets become more mainstream, potential implications for the wider economy are set to increase, said the IMF. (photo by @executium)

Trading in digital assets in Thailand saw high growth in 2021, on par with global markets, as large numbers of investors have entered the market.

The low-interest rates offered by banks may be one of the key factors behind the popularity of cryptocurrencies.

The Bank of Thailand (BOT) and central banks around the world have kept interest rates at historic lows as they try to shore up their national economies affected by the COVID-19 pandemic.

The BOT has often cited the search for higher yields as the reason for people investing in risk assets. Given such a backdrop, people are likely to be drawn towards risky assets such as cryptocurrencies whose values are highly volatile. Some people have even been lured by Ponzi schemes.

“Bank deposit rates are very low while returns on crypto investment are high, and investors can trade cryptocurrencies 24 hours a day,” says Vimut Vanitcharoenthum, an economist at Chulalongkorn Business School, explaining the craze for digital assets.

It could be argued that crypto investment has gone mainstream globally as fund managers have started to offer digital asset products to clients.

Thai investors could also have been convinced by influential global figures like Elon Musk, chief executive officer of Tesla, who announced at one point that Tesla was investing $1.5 billion in Bitcoin and that his company would accept Bitcoin as payment for the purchase of its cars from early this year. He later suspended the payment option, citing concern over increasing energy use for Bitcoin mining and transactions.

“Cryptocurrencies have been available for a while but this year we heard a lot more news regarding Bitcoin, including Musk’s comment,” said Vimut.

“More people are also talking about it online on Clubhouse or posting crypto stories on other social media channels. These events make people believe that cryptocurrencies could survive,” Vimut added.

In December, Musk announced Tesla would accept Dogecoin, a cryptocurrency, as payment for Tesla products. His comment led to a price rebound of Dogecoin amid an overall market decline.

Due to high volatility, Thai regulators are concerned about the risk of investment in cryptocurrencies.

Prime Minister Prayut Chan-o-cha in October expressed his concern after he received a report from the Securities and Exchange Commission (SEC) that pointed to rising number of crypto investors, especially among the young.

The SEC revealed that at some trading periods, about 3 percent of the total 1.49 million digital asset holders were investors less than 20 years old while about 47 percent were aged under 30. Average trading rose to Bt6.6 billion and active trading accounts were about 311,000, up nearly five times from 63,000 accounts in December 2020.

The increasing popularity of cryptocurrency has left the BOT worried about the potential impact on financial stability after digital exchange platforms joined hands with businesses willing to accept crypto tokens as payment for goods and services.

The BOT in December reiterated its stance of not supporting digital assets as a means of payment for goods and services. The BOT said it was discussing with other regulators to find proper measures to deal with the issue. It did not set a time frame for introducing restrictions on the use of crypto tokens.

Not only the BOT, other international organizations also have warned over the rapid growth of the crypto market. The global crypto market cap was $2 trillion as of December 17, with Bitcoin accounting for 41 percent, according to coinmaketcap.com which tracks cryptocurrencies. Day trade volume was $92 billion on December 17.

Bank of England deputy governor Sir Jon Cunliffe has warned that the value of cryptocurrency could drop to zero, according to BBC.

As in Thailand, about 2.3 million people in the United Kingdom were estimated to be holding crypto tokens and about 0.1 percent of UK household wealth was in cryptocurrencies.

“Cryptocurrency has taken ground very quickly over the last year itself. The total market value of all crypto assets surpassed $2 trillion as of September 2021, a 10-fold increase since early 2020,” the IMF said, urging regulators to step up oversight.

Although the extent of the adoption of crypto assets is difficult to measure, surveys and other measures suggest that emerging markets and developing economies may be leading the way, according to the IMF.

The IMF has raised the issue of an ecosystem comprising exchanges, wallets, miners, and stablecoin issuers. Many of these entities lack strong operational, governance and risk practices. Crypto exchanges, for instance, have faced significant disruptions during periods of market turbulence. There are also several high-profile cases of hacking-related theft of customer funds.

So far, these instances have not had a significant impact on financial stability. However, as crypto assets become more mainstream, potential implications for the wider economy are set to increase, the IMF said.

“The outlook for next year’s crypto market in Thailand will depend on what the central bank will do about market regulations,” added Vimut.

WHO sounds warning over fast-spreading Omicron