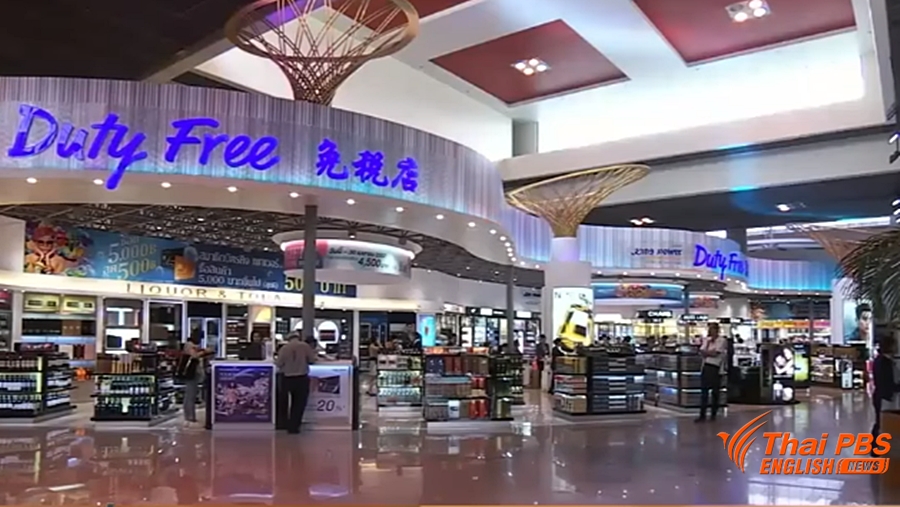 King Power International Group has unveiled what is billed as the world’s biggest glass-bottomed skywalk located on the rooftop of the 78-storeyed King Power Mahanakhon building on Narathiwat Road in Bang Rak district.

The glass-bottomed skywalk has 360 degree panoramic view and is 314 metres from the ground and is regarded as the highest point in Thailand.  The building is equipped with what is claimed to be the fastest elevator which can reach the 74th floor from the ground in just 50 seconds.

He envisons the modern structure as a landmark of Bangkok and a new tourist destination for both Thai and foreigners.

“I believe that tourism is not just an engine to drive the country’s economy, but also a gate toward the building of sustainable confidence and promotion of Thai identity in the eyes of the global community,” said Aiyawat, an heir to the business empire of Vichai, the owner of Leicester City who died in helicopter crash recently.

The building features outdoor and indoor observation decks on the 78th and 74 floors respectively, modern shopping malls, varieties of both Thai and international food and duty-free shops. 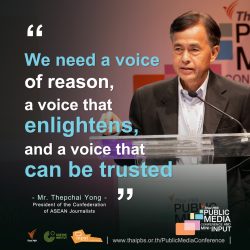 On November 15-16, 2018, Thai PBS together with Goethe-Institut and INPUT hosted the Thai PBS Public Media Conference & Mini INPUT. The conference was an international forum for media experts, professionals and academicians to discuss and reflect on public media issues in this new media landscape. The focus was on how public broadcasting should adapt and innovate in this new media world shaped by digital transformation.