Will “Wan Nor” help Thaksin make inroad into deep South? 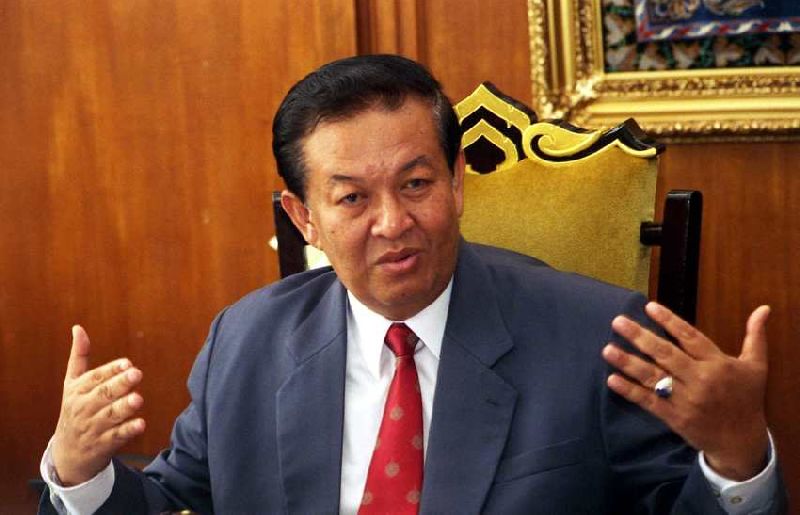 Wan Muhamad Noor Matha, better known as Wan Nor, has re–emerged into the political limelight by launching a new political party seeking to appeal to Thai Muslims, particularly in the deep South.

He was named leader of the Prachachat Party which held its inaugural meeting with little fanfare in Pattani last Saturday.

Despite his political staying power, Wan Nor’s re-emergence this time has caused little stir, largely because his Prachachat Party, is being viewed as little more than a branch of Pheu Thai, the former ruling party of the Shinawatra family.

The question then is why Prachachat Party in the first place?  Many political watchers see new constitutional rules as the main reason. The rules state that all the votes that an election candidate receives  — regardless whether he or she wins or loses —  will be calculated to decide on the number of party–list MPs each party will get. Proponents of the rules said this is fair to voters who vote for losing candidates. This way, “every vote counts.”

Wan Nor made headlines a few days ago by claiming his party will get a fair share of electoral wins.    To political analysts, that is an ambitious claim, especially when Prachachat has to come up against the established political force in the South, the Democrat Party. But while it is doubtful that Prachachat will walk away with a sizeable number of parliamentary seats, its candidates should reasonably get more votes than if they were to run under, say, Pheu Thai’s banner. After all, the “every vote counts” rules are meant to help“small” parties like Prachachat, not big ones like Pheu Thai.

Wan Nor, due to his long political experiences and high standing among Thai–Muslim politicians, has been able to muster support from a wide range of Muslim politicians under his “Wadah” group. While he insisted that Prachachat is not going to be a “region–based” party, analysts question its chances of expanding its political base beyond the deep South. It’s a big challenge already for the party to fight the Democrats in the region.

But the “every vote counts” rules mean that pro–Prachachat votes will not be wasted. Wan Nor will certainly help former prime minister Thaksin Shinawatra, who is still in exile but virtually the patriarch of Pheu Thai, increase his political “presence” in a region long dominated by the Democrats.

Violence that has plagued the southernmost provinces may as well play into the hand of the new party. Relentless crackdowns on alleged secessionists and their supporters or even simple trouble-makers have increased anti–military feelings in the region. Taking this into account, those in Prachachat Party believe they may be holding some advantage over the Democrats going into the next election.

“We unveil ourselves (the new party) in the South because it’s our belief that Thailand is not just Bangkok,”Wan Nor said. On the one hand, it is a politically–correct line; on the other, it’s something that has often been invoked by those who resent the “political elitist attitude” of Bangkokians.

Another political veteran, Areepen Uttarasin,  and former Football Association chief Worawi Makudi,  were appointed deputy leaders. Prachachat’s secretary–general is Pol Gen Tawee Sodsong, a former police officer familiar with the situation in the region and who once led the Southern Border Provinces Administrative Center. The list of who’s who in Prachachat undoubtedly appeals to Muslim voters.

One potential problem is the Tak Bai incident in 2004, when Thaksin was prime minister. The incident involved a major protest, government crackdowns, and the death of scores of Muslim detainees who allegedly died of accidental suffocation. How that infamous past will dictate the political future of the region will remain to be seen.

One key thing about Wan Nor as far as the incident is concerned is a phrase in Wikipedia which states that he has been “silent” about the “Tak Bai massacre.”

Wan Nor is essentially a “party hopper.” He became an MP the first time in 1979, representing Yala province under the Social Action Party. He joined the Democrats in 1986 and moved to the Solidarity Party in 1988. In 1992, he became a New Aspiration Party member.    He formed the Wadah group that represents Thai-Muslim politicians in the deep south to increase their political bargaining power.  And each time Wan Nor switched parties, Wadah politicians from Narathiwat, Pattani and Yala followed him.

As a seasoned politician, Wan Nor has held a series of top government posts that included interior, communications and agriculture portfolios. He was also president of Parliament from November 1996 up to June 2000.

Wan Nor’s political relationship with the Shinawatra family is well known.  It was cemented when his New Aspiration Party merged with Thaksin’s party at the height of the former prime minister’s political power.  Thaksin’s downfall saw the political fortune of  the Wadah group wane.  It eventually evolved into the low–profile Matubhum Party.

The 74-year-old Wan Nor is one of the many old political hands who have emerged to reclaim their political stakes.  But few expect to see him revive the glory days that once made him a formidable political force. 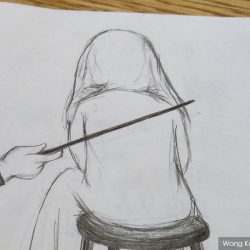 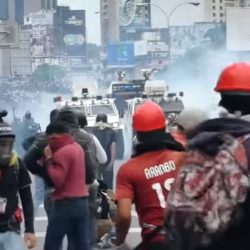 Off The Grid: Venezuela on the edge