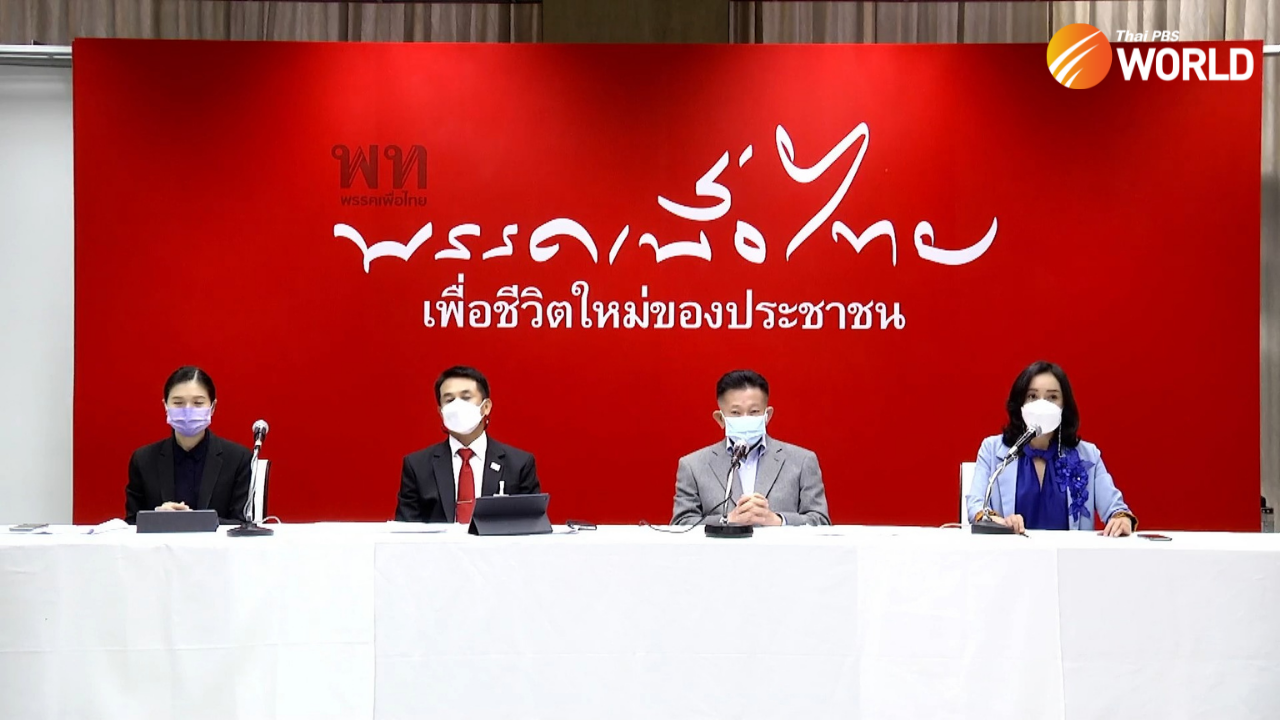 Thailand’s main opposition party is undergoing a rebrand as it bids to return to power after seven years – five years under the post-coup junta and two years of this elected government.

But Pheu Thai is hampered by a lack of charismatic leaders, both to head its election campaign and to serve as prime ministerial candidates, say analysts.

As such, they see little chance of Pheu Thai winning by the landslide that brought its original incarnation to the government 16 years ago.

Pheu Thai supporters expect the party to unveil its new leader and PM candidates soon, according to Stithorn Thananithichot, director of the Office of Innovation for Democracy at King Prajadhipok’s Institute. Pressure is building to prepare for a general election, which analysts expect to be called sometime next year.

At the very least, Pheu Thai should name a new leader at its Oct 28 general assembly in the Northeast province of Khon Kaen, added Stithorn.

“This will set the tone for Pheu Thai’s success in the election. The party needs to produce a true and competent leader capable of guiding the party to victory in the next election,” he said.

Analysts are convinced that the party’s current leader, Sompong Amornvivat, lacks the charisma and capability to compete with Prime Minister Prayut Chan-o-cha at the ballot box.

The ruling Palang Pracharath Party is expected to nominate Prayut as its PM candidate again, though it remains unclear if he will be its sole nominee, as was the case in the March 2019 election.

Meanwhile, the new Pheu Thai leader will also have to win the blessings of self-exiled former PM Thaksin Shinawatra, who maintains a strong influence over the party despite lacking a seat in its executive board.

Pheu Thai has already changed its logo and colors, and Stithorn expects it to follow up by choosing a new face as leader.

According to widespread rumors, the most likely candidates are Thaksin’s two sons-in-law and also his ex-wife, Khunying Potjaman Na Pombejra.

Potjaman was proposed as new leader by a Pheu Thai MP during a recent party video conference with Thaksin.

However, a leaked video clip showed Thaksin apparently rejecting the idea, joking that she “may be too old” for the job.

Though Potjaman and Thaksin signed divorce papers several years ago, she has retained her influence in the party and commands the respect of many Pheu Thai MPs.

Finding a strong PM candidate is the other big challenge for Pheu Thai. Two of its three PM candidates in 2019 have since quit the party and launched their own political journeys – Khunying Sudarat Keyuraphan set up a new party called Thai Sang Thai, while Chadchart Sittipunt is targeting the Bangkok governor’s seat as an independent.

The third 2019 candidate, Chaikasem Nitisiri, is not considered a strong challenger to Prayut.

Srettha is seen by the CARE group – a think-tank linked to Pheu Thai and close to Thaksin – as a strong candidate who can “easily beat” Prayut. Srettha himself has so far stayed quiet on the speculation.

Wanwichit Boonprong, a political science lecturer at Rangsit University, agrees that Pheu Thai would benefit from naming the property tycoon as PM candidate at its Oct 28 general meeting.

“Introducing Khun Srettha would be a surprise [at the upcoming event]. He would help woo votes and boost Pheu Thai’s popularity among young and middle-class voters,” the analyst said.

He added that Pheu Thai’s choice to hold the meeting in Khon Kaen was a smart move that would bolster support in its Northeast stronghold. However, the party also needs to expand its political base to cover young and middle-class voters, the academic pointed out.

Any chance of a landslide?

Observers say the only way for Pheu Thai to form the next government would be to win a landslide – a view echoed by Thaksin recently.

Speaking in the Oct 12 video call, Pheu Thai’s patriarch and perceived de facto leader told party members they would need to win an overwhelming electoral majority to form the next government “without resistance from them”. He did not elaborate on the identity of “them”.

Major political parties are setting their sights on the Northeast as local elections loom, paving the way for a national vote expected next year. Pheu Thai and Move Forward, the main opposition parties, both have big plans for the country’s most populous region.

However, analysts believe the old days of politics under Thaksin are over because the current context has changed.

“It has become more difficult now. Politics has changed a lot from Thaksin’s heyday when only two big parties – Thai Rak Thai and the Democrats – were battling it out,” Stithorn said.

“Now the [new opposition] Move Forward Party has emerged as another big player to compete with Pheu Thai,” he added.

Both parties are allies in the so-called pro-democracy camp opposing a government packed with former military generals.

In the 2019 election, Move Forward’s former incarnation – the now-disbanded Future Forward Party – “stole” constituency seats from Pheu Thai in shared support bases and also grabbed party-list seats thanks to its large share of the vote.

Stithorn said Move Forward was likely to repeat that feat in the next election.

But while the chance of Pheu Thai winning another “overwhelming” majority was slim, the analyst reckoned a “landslide victory for the pro-democracy camp is possible”.

Rangsit University’s Wanwichit said seven years in the political wilderness would make it difficult for Thaksin and his allies to achieve a smooth return to power.

The Pheu Thai-led government ruled until May 2014, when it was overthrown in a military coup led by then-Army chief Prayut.

“The Thai bureaucracy is familiar with the ‘Prayut regime’ and not ready to adjust to a new regime,” the academic said. “But that could change if Pheu Thai wins overwhelming support from voters.”

The analyst said Thaksin’s push for an election landslide was a ploy to fire up Pheu Thai’s morale, not a realistic target.