Why ‘mercy’ for mega-corruption convicts could cost Thailand dear 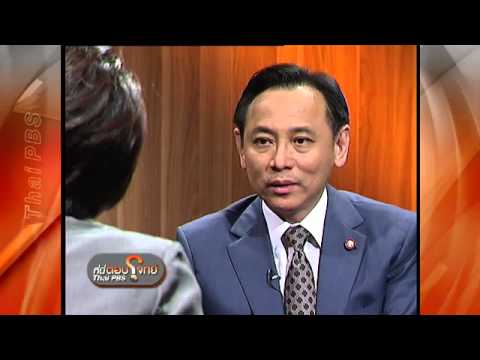 Public anger is growing after five key convicts in high-profile corruption scandals were granted hefty cuts to their jail terms. Four were convicted for their role in the Yingluck government’s graft-riddled rice-pledging scheme.

Over the past year, their original court-set terms have been cut by more than half — and upwards of three-quarters in some cases.

The move has angered both supporters and critics of the government, who in a rare consensus agree that the Justice Ministry and Corrections Department are being “too generous” with graft convicts, who include former Cabinet members, senior civil servants and businesspeople.

However, opposition politicians have stayed uncharacteristically quiet over the controversy, declining to target either the Justice Ministry or the government for the hefty cuts. Observers say this could be because most of the convicts are linked to the main opposition Pheu Thai Party, which insists its rice-pledging scheme benefited farmers and will be revived once it returns to power.

The corruption convicts were among some 200,000 inmates whose terms were commuted by a royal pardon granted in honor of the late King Bhumibol Adulyadej on December 5, his birthday. Their terms had already been cut several times over the past year, including by a pardon to mark the birthday of HM King Maha Vajiralongkorn on July 28.

The first four were found guilty of corruption in 2017 for their roles in the fraudulent sale of rice to China. About 6.5 million tons of rice was supposed to have been sold to China at special prices under a government-to-government deal. Instead, it was redirected to Thai traders for domestic distribution.

Meanwhile, Juthamas had her 50-year sentence cut to nine years and six months. She was found guilty of accepting $1.8 million in bribes from an American couple in exchange for a contract to organize the annual Bangkok International Film Festival from 2002 to 2007.

Most respondents to recent NIDA Poll do not agree with the granting of pardons to convicted corrupt politicians or officials, rapist-murders, drug traffickers or those convicted of other serious crimes.

The five “big fish” have benefited from royal pardons granted to thousands of eligible inmates, in a decades-old tradition marking significant occasions such as the birthdays of Their Majesties the King and Queen.

The royal pardons offer inmates opportunities to “reform and become good citizens who are beneficial to the country”, while also easing pressure on one of the world’s most overcrowded prison systems.

Along with cuts to around 200,000 jail terms, the pardons also saw 32,000 prisoners released this year. That left 282,620 inmates in Thai prisons as of December 1, according to the Corrections Department.

Inmates eligible for royal-pardon release include those with less than a year left to serve, prisoners with physical disabilities, paralysis, dementia, final-stage cancer or Aids, those aged over 70, and first-time female convicts and first-offenders under the age of 20.

The Corrections Department categorizes inmates in six groups — excellent, very good, good, medium, bad, and very bad. Only those in the first four groups are entitled to royal pardons, with reductions ranging from one-fifth of the remaining term for convicts in the “medium” category to half for those in the “excellent” category.

Corrections Department director-general Ayuth Sintoppant said pardons are granted according to existing laws and rules, with no preferential treatment for any particular group. He added that the policy accorded with principles of criminology and penology, serving as an incentive for inmates to turn over a new leaf and become good citizens.

Justice Minister Somsak Thepsuthin also insisted that all beneficiaries of royal pardons were approved by his ministry strictly in line with the law.

However, the huge sentence reductions for high-profile graft convicts triggered anger among anti-corruption advocates, many of whom side with the government on other issues.

Among them are Senator Somchai Swangkarn, royalist politician and Thai Pakdee Party leader Warong Dechgitvigrom, and Mongkutwattana Hospital director Dr Rienthong Nanna, who is described by some media outlets as “ultra-royalist”. They voiced strong opposition to slashing jail terms of convicts imprisoned for “cheating the country for personal gain”.

“It sends the wrong signal that no matter how serious the offense, this loophole exists,” he said.

On Dec 11, the Anti-Corruption Organization of Thailand (ACT) issued a statement opposing the corruption sentence reductions. It also asked Prime Minister Prayut Chan-o-cha to order an urgent review “to convince people that this government remains firm in its policy against corruption”.

Meanwhile, the coalition Democrat and New Palangdharma parties proposed amending the law to make it more difficult for graft convicts to benefit from royal pardons.

Amid growing criticism, Prayut on Dec 16 set up an independent committee to investigate the Corrections Department’s criteria in judging prisoners’ eligibility for term reductions via royal pardon. Led by former attorney-general Khemchai Chutiwong, the eight-member panel was given a month to complete its task.

The PM instructed the panel to carefully examine the matter and ensure transparency and fairness for all sides, according to government spokesman Thanakorn Wangboonkongchana.

PM Prayut told a recent Cabinet meeting that his government was not keen on seeking frequent royal pardons, according to Deputy Prime Minister Wissanu Krea-ngam, who oversees the government’s legal affairs.

“Frequent reductions would eventually cut down the penalty to just a few years [in prison],” the premier was quoted as saying. 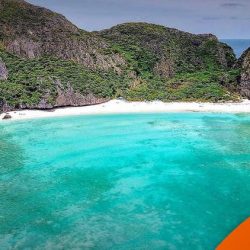