What’s behind the steep jump in pork prices?

As a three-month ban on the export of pigs came into effect on January 6, debate continues over what has led to the sudden surge in pork prices.

According to kasetprice.com the price of pork red meat, which was Bt140 per kilogram on December 22 last year, rose to Bt165 on December 30 and jumped to Bt190 on January 6.

Consumers are wary of the price spiking even higher for Chinese New Year.

The government is trying to ameliorate the situation by banning the export of live pigs until April 5 in order to boost local pork supplies.

The government also has asked the state-run Bank for Agriculture and Agricultural Cooperatives (BAAC) to provide soft loans totalling Bt30 billion to support farmers, in an attempt to ramp up swine and animal feed production.

He said a severe epidemic that had afflicted swines over the past two years had damaged production by 30-40 per cent. Swine production plummeted to just over 18 million heads last year and the forecast for this year is even lower — at just 13-15 million heads.

The rising price of pork has partially been blamed for the increase in inflation in December last year.

The relentless rise in pork prices in January has forced some small businesses to shut down or scale back their pork-related food businesses. Among those hit by the current situation are pork-grill shops in the southern province of Trang which are famous for the product.

A drop in swine production and a rise in the demand for pork amid a relative easing of the COVID-19 situation are key factors behind the price rise, according to Dr. Chaiwat Yothakol,  deputy director-general of the Department of Livestock Development.

Swine production last year dropped to 19 million heads from 20 million in the previous year. One million heads were exported while the rest was for domestic consumption, he said.

Experts attribute a number of factors to the decline in production.

Domestic consumption has seen a drop since the COVID-19 pandemic began in 2020 due to lockdown restrictions and the sharp fall in foreign tourists. The slide in pork prices due to the demand-supply phenomenon forced many farmers out of business.

An epidemic outbreak in pigs last year was also blamed for the decline in swine production. Severe floods in many provinces resulted in the epidemic spreading to pigs. The rising cost of preventing the epidemics as well as the cost of animal feed also forced the closure of many small farmers’ businesses.

Animal feed accounts for 60-70 per cent of swine production cost. The prices of commodities, such as soybean and maize which are used for animal feed, were at a record high last year globally. Maize in Thailand hit a high of Bt12.50 per kilogram.

“The government implemented an income guarantee scheme for maize growers without taking into account its impact on swine farmers,” Valan Sattha, a livestock expert, wrote in his article published by Matichon online.

Pheu Thai MP for Phayao Wisuth Chainaroon accused the government of hiding from the public the fact that African Swine Fever (ASF) had been spreading in the country for three years.

Government officials deny the accusation. They, however, admitted to outbreaks of less severe diseases such as porcine reproductive and respiratory syndrome, porcine epidemic diarrhoea and foot-and-mouth disease.

According to the Swine Raisers Association of Thailand, Thai pork demand increased at the average rate of 0.66 per cent per year from 2016-20, and approximately 84.75 per cent of total production volume are mainly used for domestic consumption. In 2020 pig consumption fell to 1.30 million tons, down 11.56 per cent from 2019, due to lockdown measures implemented in Thailand to prevent the spread of COVID-19, which dealt a blow to tourism and the service sectors.

Most countries saw a decline in consumption as a result of the lockdown measures to reduce the spread. Due to the COVID-19 outbreak, countries affected by ASF are unable to produce enough pork to meet consumer demand, resulting in higher prices. 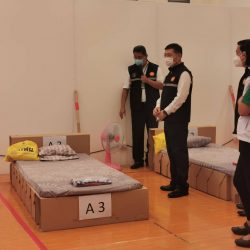 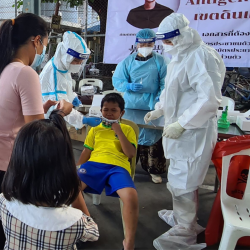 What does new Level 4 alert mean for Thailand?