Prime Minister Prayut Chan-o-cha is not playing hard to get. In keeping people waiting for his decision to vie for post-election premiership, he probably does not want to get bombarded too early. That could be a minor reason, though, and what is really holding him back is the possibility of legal jeopardy.

Some analysts may assume that Prayut does not want to be softened up even before the election campaign is in full swing. This speculation, however, flies in the face of the fact that he is being heavily criticized anyway. This means that delaying the much-anticipated announcement by a few weeks should not change his “political” situation much.

Legally, it’s different. Laws and rules against conflicts of interests are tough, and what Prayut does can come back to haunt him if he is not careful. His government has been acting like a Santa Claus, and officially presenting himself as a prime ministerial candidate now can complicate things big time.

Violating electoral laws, which prevent, among others, the use of state mechanism or money to win votes, is something that may effectively determine the course of Thai politics. If other parties face accusations of electoral law violations but Palang Pracharat does not, charges of legal double-standard will plague the February 24 election.

This aspect of electoral laws —  the ban on exploitation of state apparatus and money — is always blurry when pro-government parties are concerned. However, Prayut certainly does not want to have pictures of him in Palang Pracharat campaign billboards when all parties are yet to announce their prime ministerial nominees.

Prayut has warned ministers associated with the Palang Pracharat Party that they must not confuse the public regarding what are the party’s policies and what the government has done or been trying to do. This confirms that the prime minister is well aware of potential legal trouble.

Candidacy registration and official nominations of runners for prime minister will ease Prayut’s situation a little bit. But a legal landmine will remain unless Prayut decides to keep only one hat, which is unlikely.

A lot of risks have been there already. Palang Pracharat speakers have fleetingly and tantalizingly mentioned him in public forums. Certainly, all must have been recorded by his political opponents, who will pounce at any slip-up.

Intriguingly, the Pheu Thai Party faces the same peculiar problem. It needs to worry about not giving away legal evidence that it is under Thaksin Shinawatra’s influences. Everyone knows that Prayut and Palang Pracharat are connected, and Pheu Thai and Thaksin are deeply associated. It’s a matter of who makes the mistake of allowing it to be proven in court. 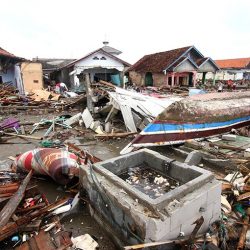