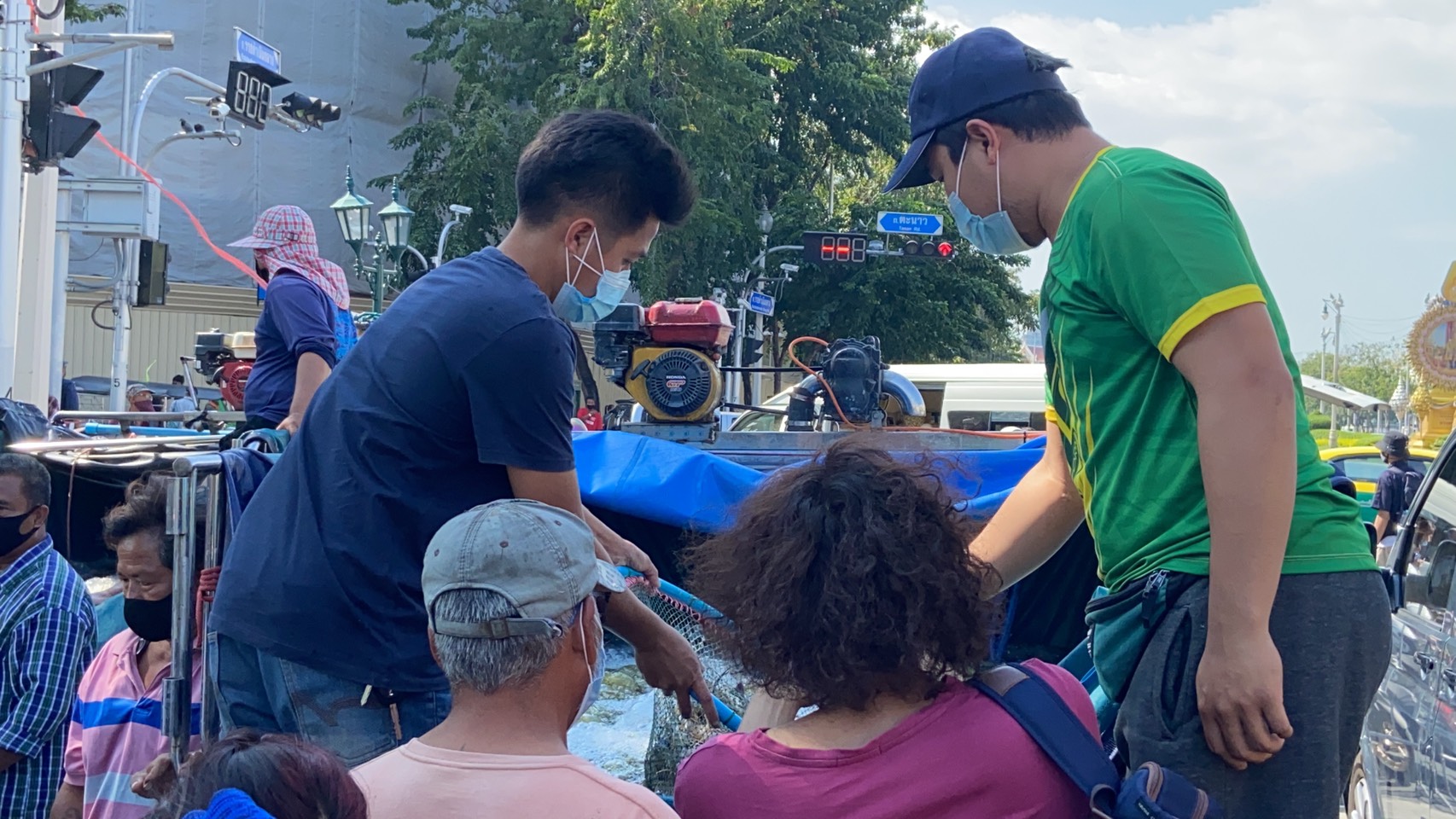 Twelve “We Volunteer”, or WeVo guards, including their leader, Piyarath ”Toto” Chongthep, were taken into custody by police today for attempting to hold a public rally at Sanam Luang, under the guise of a discount shrimp sale, intended to help beleaguered shrimp vendors, in violation of the state of emergency.

In a Facebook post, Toto urged members of the public to join him and his guards at Sanam Luang, starting at 11am, where fresh shrimp would be available for sale at discount prices, to help shrimp vendors affected by the lockdown of the central shrimp market in Samut Sakhon province. 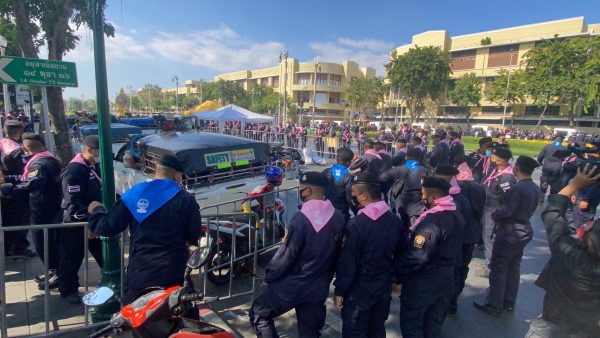 Four pickup trucks, including a PA vehicle, loaded with fresh shrimp, arrived at Sanam Luang to offer the seafood for sale.

Chana Songkhram police, who were already on site, told the guards and the vendors to leave, warning them that theirgathering was in violation of the Emergency Decree and risks spreading coronavirus.

The guards and vendors, however, refused to move, prompting the police to break up the gathering.  A minor scuffle ensued before police arrested Toto and 11 other guards and took them to the Border Patrol Police Region 1 headquarters in Pathum Thani.

The remainder of the guards and vendors then moved a short distance to Kok Wua intersection, on Rajdamnoen Avenue, where they set up a tent to sell shrimp.

Crowd control police followed them and blocked Rajdamnoen Avenue, from the Democracy Monument to Kok Wua, with steel barriers.

Police used a megaphone to tell people, who were not involved with the illegal gathering, to leave. They then moved in to break up the gathering, forcing the guards to flee, with some being apprehended by the police.

The WeVo guards are closely linked to the anti-establishment Ratsadon group. 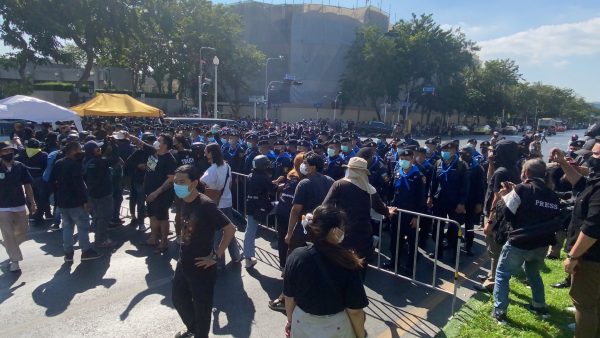 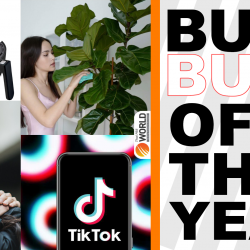 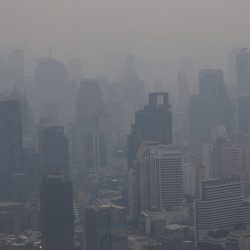