Mr Kobchai said flood walls made of sandbags have been erected along both sides of the Nakhon Nayok river, especially at Tambon Hin Tang, Tambon Sarika and Tambon Sinawa of Muang district, to prevent overflowing.

Water at the two waterfalls in the Khao Yai National Park rose quickly yesterday. About 30 tourists were also reported to have been temporarily stranded at a riverside resort.

Aram Thaphiran, a park official, also confirmed that the situation had returned to normal.

“A situation like this rarely happened. What happened yesterday was a result of heavy rain. However, the national park officials  regularly conduct checks areas near the waterfalls and put emergency units on a standby.

“We have also been in regular contact with local administrations to inform them of safety conditions in the park so that they can warn tourists in advance,” he said. 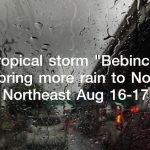 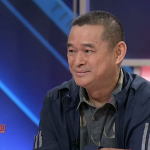