Politics should be normalised, was Amanda Obdam’s key message during a recent interview with Thai PBS World, as beauty pageants in recent years have undeniably became a platform for women to express their political opinions, as they relate to their own countries.

“One of the conversations I had a lot with the girls was about the COVID-19 situation in their countries. That’s already very political. It’s in our everyday life. We cannot say you cannot talk about politics, every day is politics, no matter what, it is part of life.”

Miss Thailand believes that everyone is entitled to their own opinion, adding that people should use the platform to express it, if they have one. She also wants political discussions to be normalised in society, as she strongly believes that freedom of speech is a basic human right.

That being said, Amanda said that she really admires Miss Myanmar, Thuzar Wint Lwin, who raised her “Pray for Myanmar” sign and won this year’s best national costume award.

“She used that platform to speak out about what is happening in her country, and it takes strength and courage to do that.”

Choosing between locking down the country, due to COVID-19, despite the strain it puts on the economy, or opening the borders, and risking a potential increase in infections, was one of the questions asked of the Top 5 Miss Universe finalists.

Amanda said she would lock the country down and keep the health of the people as the most important factor.

When asked for her opinion on the government’s Phuket Sandbox scheme, where vaccinated tourists will be allowed onto the island without 14-day quarantine from July 1st, the Phuket-born-beauty queen describes her recent visit to her hometown, before leaving for the competition in the United States, as a very sad sight to see, describing the place as a ghost town.

With the island being reliant on both foreign and local tourists, Amanda strongly believes that it is time for Phuket to open up, and she said she is very hopeful about the island and for the whole tourism industry.

-No doubt, no regrets-

As she reflects on her Miss Universe journey, one of the new things she learnt is to never let self-doubt get in the way.

“I’ve always been someone who always had self-doubt growing up,” said Amanda. “I always doubted myself, thinking you can’t do this [because] it might be too hard, or don’t put yourself at risk or you might fail.”

Despite that, Amanda feels the beauty competition helped her get out of her comfort zone and “give her all”.

“I mean, I went for it, and that’s not something I would have done back in my teenage years. I put myself out there, not really caring about the consequences, or the backlash if I fail. I just thought it’s a once in a lifetime opportunity, let’s just go for it.”

Finishing in the Top 10, Amanda says she has no regrets at all, even if she didn’t manage to bring the third Miss Universe crown home, as many Thais had hoped.

“So that’s something I learnt, if I want to do something, go for it, because failure is just part of the journey, it’s how you learn and that is going to give you success in the future.”

When recalling the best moments of the Miss Universe competition, the atmosphere backstage, where contestants from 74 countries and territories empowered one another, she says that was what impressed her the most.

“Before each of us walked up, all of the other girls backstage were clapping, cheering, saying you can do it, you look beautiful. That is a moment I think I will treasure forever.”

Amanda, whose Instagram followers have surpassed one million, also expressed her gratitude to all her fans who have been supporting her throughout the journey.

“Let me tell you, before going into the competition, I did not think this was going to happen. It was a total shock to me, but I’m so thankful to you all, for all the love and support… It gave me the motivation to better myself, to do my best, and give it my all.” 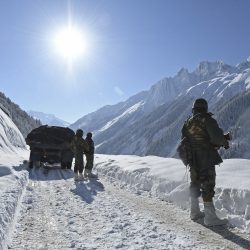 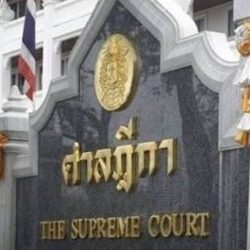