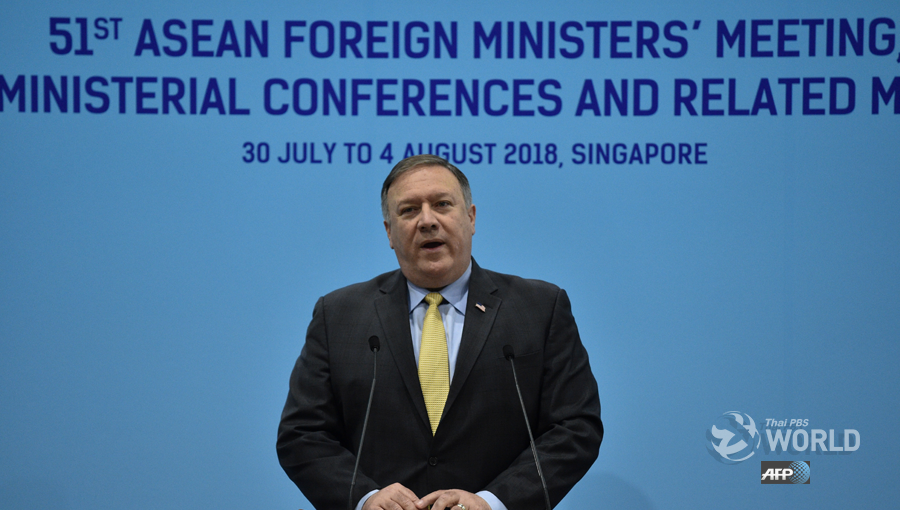 At a press conference in Singapore for Asean-related meetings, he announced US$ 300 million in funding for security cooperation in the Indo-Pacific region while assuring that the US “seeks partnership, not dominance.”

Earlier, he unveiled the US$113 million investment for technology, energy and infrastructure initiatives in the region, saying that the investment fund was “a downpayment on a new era of US economic commitment to the region.”

The US$113 million includes US$10 million in funding to support economic programming, much of which will fall under the US-ASEAN Connect programme.

Addressing this initiative again on Saturday, he said President Trump recognized the long-term strategic importance of Indo-Pacific, one of the world’s most competitive regions, and would be a major engine of economic growth.

The US “seeks partnership, not dominance, he said as he made the case for US businesses’ engagement in the region being crucial to America’s mission of peace, stability and prosperity.

He also raised concerns about Chinese militarization of the South China Sea and the importance of rules-based order in the region and discussed advancing coopration on cybersecurity and counter-terrorism, including addressing the threat of terrorist fighters returning to the region.

Mr Pompeo is due to attend the ASEAN Regional Forum this afternoon along with representatives from 25 countries, including North Korean foreign minister Ree Yong-ho.

Denuclearization is one of the topical issues at the ARF discussions this afternoon.

PM thanks US for return of Ban Chiang artefacts