The pro-Thaksin Pheu Thai party has emerged as the winner of the March-24 general election, garnering 137 House seats from 350 constituencies nationwide, according to unofficial poll results announced yesterday by the Election Commission (EC).

The figures exclude seats from party list candidates. The Election Commission said it is providing only results from constituency elections.

The election saw humiliating defeats for several prominent former MPs in their home bases at the hands of newcomers, especially those from the  Future Forward party and the Palang Pracharat party.

The Democrat party, which had always performed well in previous elections in Bangkok, was roundly defeated on Sunday, not winning even one of the 30 seats in the capital, which were shared by the Palang Pracharat, Future Forward and Pheu Thai parties.

Former Phitsanuloke MP Warong Dejkitvigrom, who is well-known for his exposure of massive corruption in the rice scandal of the former Yingluck government, lost his seat to Future Forward candidate Patipat Santipada. 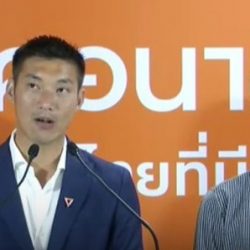