The lifting of political restrictions will kick-start a semblance of conventional election campaigns as Thais know them. The greater freedom will certainly increase criticism against the military government, but Prime Minister Prayut Chan-o-cha, who came to power following the 2014 coup, still holds some key cards regarding activities he does not like.

Lifted were bans on political gatherings, which are essential in election campaigns, and transactions to fund political parties’ activities. Rallies will surely and largely aim to discredit the government — except those held by pro-administration parties — and such information will flood the mainstream and social media, in addition to anti-government content already in circulation.

Anti-Prayut politicians dare not talk, loudly at least, about one key point, though. New laws governing political parties don’t allow them to play outside parliamentary realms. In other words, political parties cannot get involved in controversial campaigns like the ones staged by the red shirt demonstrators in 2010 and the “multi-coloured whistlers” just before Prayut’s coup.

Pheu Thai politicians were heavily linked with the red-shirt tumultuous protest, in which demonstrators cordoned off downtown Bangkok for months.  Democrat politicians, the majority of whom have quitted the party, led the whistlers who also blocked off Bangkok streets and caused traffic nightmares for a lengthy period of time. Under the new laws, both Pheu Thai and Democrat parties could have been dissolved.

Simply put, the lifting of political restrictions means political rallies can be held, but politicians must still be very careful which rally they are associated with, as ones that turn ugly can subject their parties to charges of playing “street politics”, punishable by dissolution.

Politicians leading rallies will have tightropes to walk. They can make their crowds angry, but not to the point where they turn violent, which could subject them to “street politics” charges. Even gatherings where no politicians are present may also be subjected to probes into financial support. If money trails point to any particular party, it can still be disbanded.

Anti-government politicians must have known all this, but it’s highly risky to question it. Publicly scrutinizing this aspect of the laws could backfire, meaning the questioners might be branded “pro-violent.”

Prayut’s next card is probably more lethal. He still holds special powers under “Article 44”, which virtually empowers him to nip potential political trouble in the bud. With the powers lasting until Thailand officially has a new government, he can invoke them any time during the election campaign period, and virtually any way he wants it.

The easing of political restrictions and Prayut’s remaining cards make clear what everyone’s game plan is, or should be.  Pheu Thai, if it is to regain power, will have to do so through an election landslide, achieved through a cautiously-crafted campaign, and should not pin its hope on violent activism. Prayut, meanwhile, must be hoping that freer political activities would not alter the existing polarity that much. In other words, he is counting on the majority of admirers and haters not changing their minds come February 24, no matter how many election rallies are held.

There is no need to say who holds the advantage. Prayut, additionally, will be safe in the knowledge that the post-election Senate will be on his side if he needs it. The “unlocking” of parliamentary politics may not be what he likes most, but he can be satisfied with what he has left. His opponents, on the other hand, can only be half-pleased with the “freedom” available.  – ThaiPBS World’s Political Desk 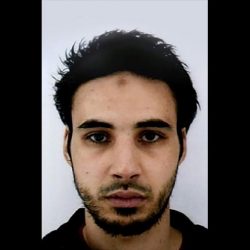