Prime Minister Mahathir Mohamad of Malaysia said there was so much rot in the previous Najib government that everyone under him “became a thief”, The New Straits Times Malaysia reported on Sunday.

“When Najib became a thief, everyone under him became thief.  Government officers made RM200,000 a month.  Where did the money come from?  It was all stolen money. (And) some government officers were given RM300 million for projects – but pocketed RM100 million.

“Those who (committed these crimes) will have their comeuppance.  Malaysia has its laws,” said Mahathir on Sunday.

“Najib stole money and gave to people (so often) that it was almost like (regular) income for them.   They could go for free haj and they didn’t even have to (work for it).  People ask us if we will still give them money.  Yes, we could – if you allow us to steal,” said Mahathir.

Mahathir also blamed Najib administration for “spoiling” the people, and that the rakyat should stop depending on the government and believing that they are entitled to money without doing any work. 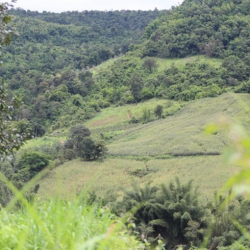