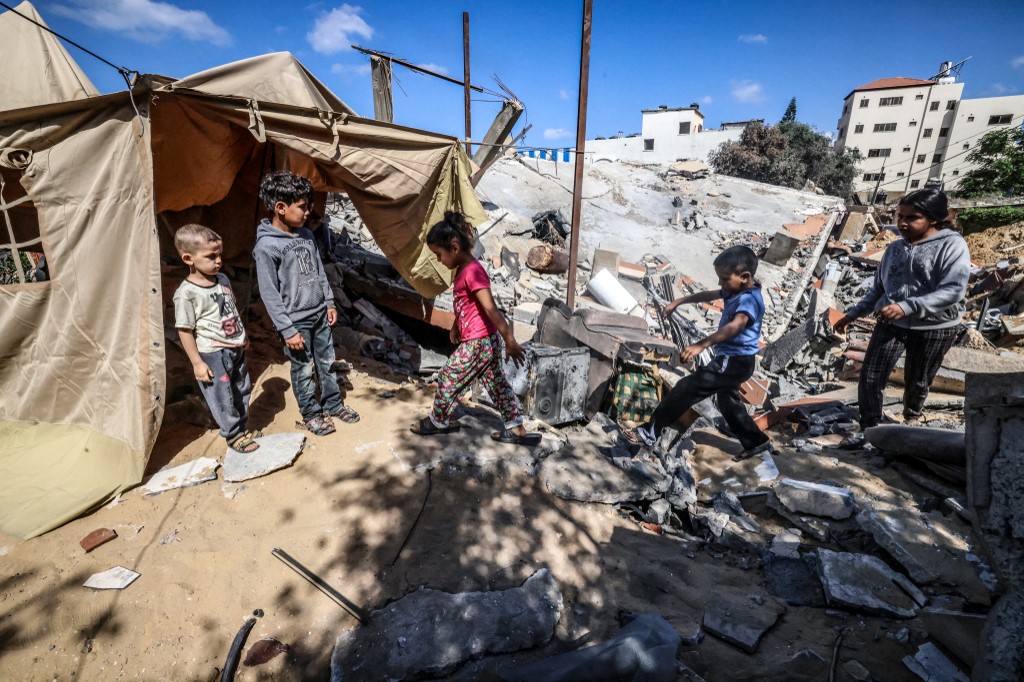 Children gather around a tent that Nazmy al-Dahdouh, a 70-year-old Palestinian man has set up on top of the ruins of his home, destroyed in recent Israeli air strikes in Gaza city, on May 23, 2021.(Photo by MAHMUD HAMS / AFP)

A UN official in war-battered Gaza called for a “genuine political process” to avert further bloodshed, after the military conflict between Israel and Islamist group Hamas that ravaged the Palestinian enclave.

“We need to have a genuine focus on human development,” on proper access to education, jobs and livelihoods, he said.

“But this needs to be accompanied by a genuine political process”.

Speaking earlier to a group of journalists, he said “the layers of hardship in Gaza keep getting thicker”, because the root causes of the conflict have not been addressed.

As thousands of Gazans slowly tried to piece back together their lives, top UN staff visited the territory after an Egyptian-brokered ceasefire Friday halted 11 days of mutual bombardment, where they warned of the deep psychological trauma of the violence.

‘No pause to breathe’

US Secretary of State Antony Blinken, speaking ahead of an imminent trip to the region, reaffirmed Washington’s support for a two-state solution so Israelis and Palestinians can live “with equal measures of security, of peace and dignity”.

Israeli strikes on Gaza killed 248 Palestinians, including 66 children, and have wounded over 1,900 people, the Gaza health ministry says.

Rockets from Gaza claimed 12 lives in Israel, including one child and an Arab-Israeli teenager, an Israeli soldier, one Indian, and two Thai nationals, medics say. Some 357 people in Israel have been wounded.

There is controversy about how many of those killed in Gaza were combatants, and how many were civilians. Israel’s Prime Minister Benjamin Netanyahu claimed the bombing campaign had killed “more than 200 terrorists” in Gaza.

During the last war in 2014, “we had humanitarian pauses, where people were able to get out,” she said.

“That really speaks to the amount of trauma that was experienced this time, where there was absolutely no pause for people to breathe.

“The comments that I have heard are not ‘I need access to water’, even though there are 800,000 people who don’t have access to clean water right now, but about the impacts on their lives overall and how they are ever going to recover from this,” she said.

‘Here is my home’

Sitting drinking coffee under an olive tree near his destroyed house in Gaza, Abou Yahya was furious.

An Israeli air strike hit his home last week, reducing it to rubble, and he has vowed to sleep on top of the debris.

Authorities have begun distributing tents and mattresses in the Gaza Strip, as the UN said at least 6,000 people had been made homeless by the bombardment.

Peace talks have stalled since 2014, including over the status of occupied East Jerusalem and Israeli settlements in the occupied West Bank.

Meanwhile, a 130-truck convoy with humanitarian aid and medical supplies began entering Gaza from Egypt on Sunday, two days after an Egyptian-brokered cease-fire, according to Associated Press.

“We brought this aid to our people in Gaza after the war,” said Hussein Al-Sayyed, a driver of a truck carrying supplies.

“We came to support you with this aid in terms of food, medical tools, and other materials.”

The ministry of public works and housing said that 769 housing and commercial units were rendered uninhabitable, at least 1,042 units in 258 buildings were destroyed and just over 14,500 units suffered minor damage.

The United Nations said about 800,000 people in Gaza do not have regular access to clean piped water, as nearly 50% of the water network was damaged in the fighting.

by Associated Press and Guillaume Lavallee with Daniella Cheslow AFP 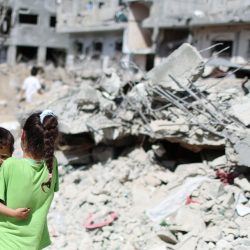 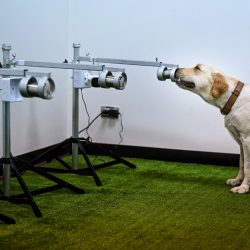