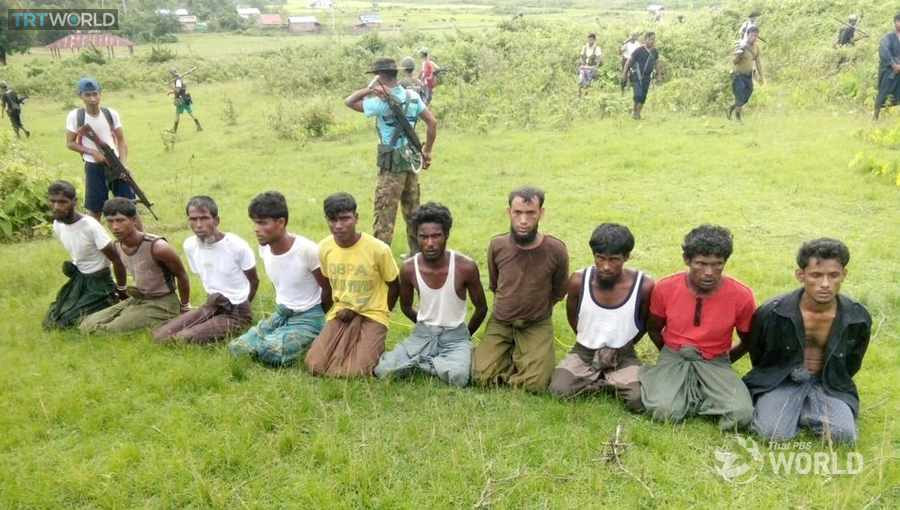 The UN says Rohingya Muslims have faced four of five prohibited acts defined as genocide at the hands of Myanmar’s military. The findings were part of a final report released by UN investigators.

Myanmar’s powerful army should be removed from politics, UN investigators said Tuesday, as they released the final part of a damning report reiterating calls for top generals to be prosecuted for “genocide” against the Rohingya Muslim minority.

A brutal military crackdown last year forced more than 700,000 Rohingya to flee over the border to Bangladesh.

The UN’s 444-page probe called for the military’s top leadership to be replaced and for the institution locally known as the Tatmadaw to have no further influence over the country’s governance.

But the report said that the country’s civilian leadership, led by Aung San Suu Kyi, “should further pursue the removal of the Tatmadaw from Myanmar’s political life”, referring to the nation’s armed forces.

The UN’s detailed analysis, based on 18 months’ work and more than 850 in-depth interviews, calls on the international community to investigate military top brass for genocide, including commander-in-chief Min Aung Hlaing.

Myanmar’s army has denied nearly all wrongdoing, insisting the military campaign was justified to root out Rohingya insurgents.

But the UN team said the military’s tactics had been “consistently and grossly disproportionate to actual security threats”.

Investigators said the Tatmadaw should be restructured and that the process should begin by replacing the current leadership.

Myanmar only emerged from military junta rule after 2011 and civilian leader Suu Kyi’s democratically-elected government remains in a delicate power balance with the generals.

Their presence in parliament means they have an effective veto on constitutional changes, making any transition to full civilian control extremely difficult.

The three key ministries home affairs, border and defence are also in their hands, giving them carte blanche to conduct security operations with little oversight.

PM urges Thais to plant 400 precious trees for each household