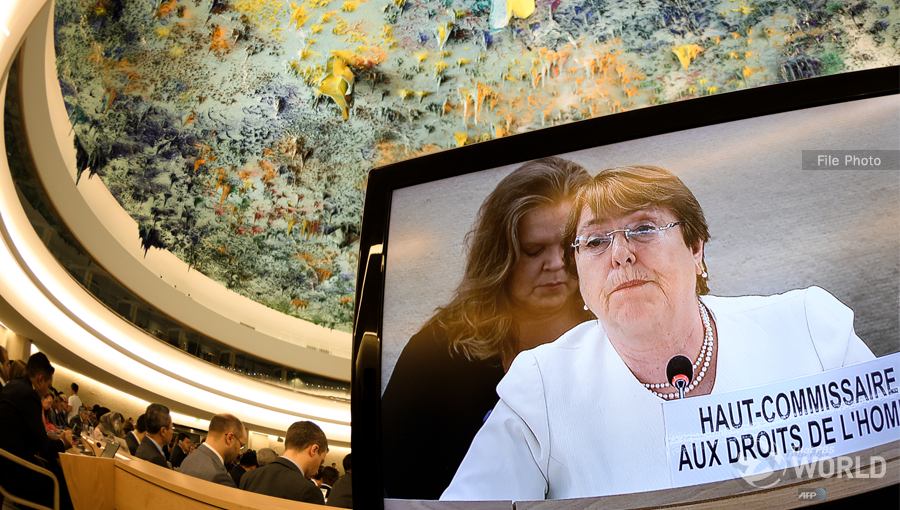 New High Commissioner for Human Rights Michelle Bachelet is seen on a TV screen delivering her speech during the opening day of the 39th UN Council of Human Rights in Geneva on September 10, calling for the creation of a new “mechanism” tasked with preparing criminal indictments over atrocities committed in Myanmar.

GENEVA — New UN High Commissioner for Human Rights Michelle Bachelet today called for the setting up of a new “mechanism” to prepare criminal indictments over atrocities committed in Myanmar, amid allegations of genocide against the Rohingya minority.

In her first speech as head of the UN rights office,  Bachelet called on the UN Human Rights Council to create “an independent international mechanism for Myanmar, to collect, consolidate, preserve and analyze  evidence of the most serious international crimes, in order to expedite fair and independent trials in national and international courts.”

“I urge the council to pass a resolution, and refer the matter to the General Assembly for its endorsement, so that such a mechanism can be established,” she said.

Her call followed a report of a UN fact-finding mission last month that concluded that there was enough evidence to prosecute Myanmar’s military commander-in-chief  Senior General Min Aung Hlaing and other top military officers for crimes against humanity and genocide against the Rohingya.

But the Myanmar government has denied the allegations.