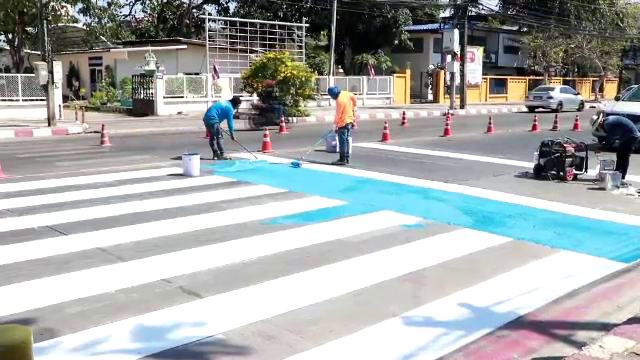 The north-eastern province of Udon Thani is improving their zebra crossings near schools and hospitals, to improve safety for pedestrians and drivers following a high-profile fatal accident in Bangkok that left a pedestrian crossing the road dead.

The mayor also said that car accidents occur often in front of Udonpittayanukool School, so the pedestrian crossing has been redesigned to make it “oversized”, with clearer white lines and bigger blue blocks to make it much more visible for drivers.

Pedestrian crossings around Thailand still, however, remain a problem, either because the crossings are not clearly marked or because drivers disrespect the traffic laws. Previously, some areas in Bangkok and other provinces have considered redesigning such crossings, to reduce the number of accidents.

One of the ideas was three-dimensional zebra crossings, which have been implemented at schools, both in Bangkok and other provinces. The design is not, however, widely used, as it has caused debate as to whether drivers may end up in accidents themselves due its 3D design. Although it may reduce accidents, the design would fade overtime.

Another design is creating zig-zags along the lanes, particularly 15 metres before the pedestrian crossing. This would make the drivers think that the lanes are much narrower, so they reduce their speed.

Red zebra crossings are also used at large intersections and the Bangkok Metropolitan Administration implemented them at the Asoke Montri intersection back in early 2021. The red colour grabs the driver’s attention and assists CCTV cameras to identify who breaks the law. Such crossings are also beneficial for people in wheelchairs. 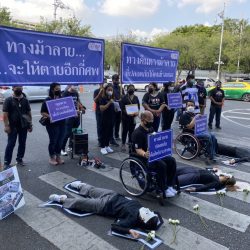 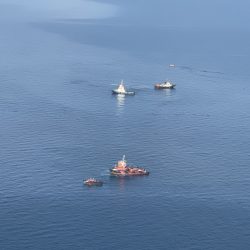 Hundreds of thousand litres of crude oil leaks in Gulf of Thailand, clean up operations underway