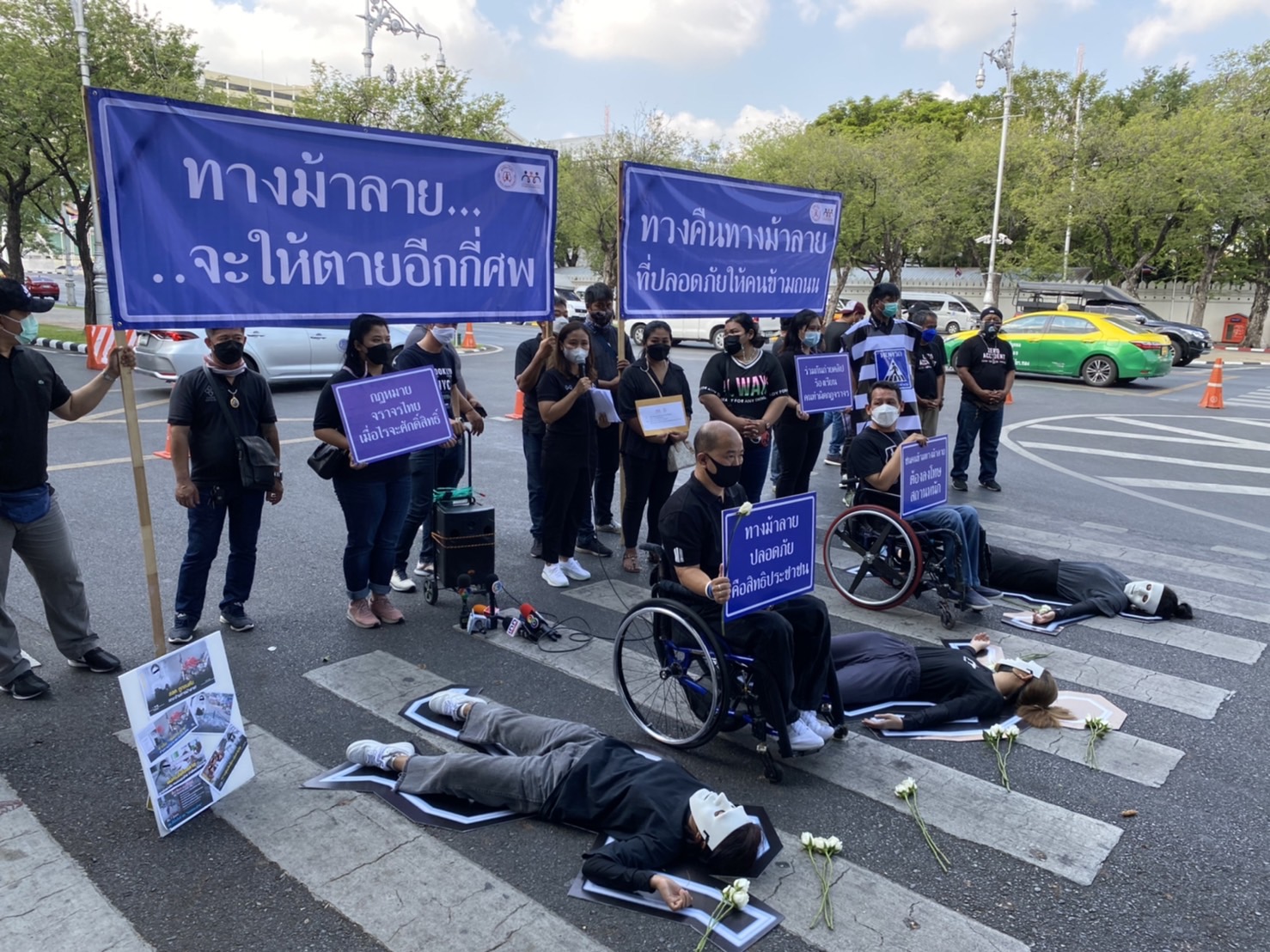 A group of activists campaigning for a better quality of life, about 30 of whom are former victims of road accidents, gathered in front of Government House today (Wednesday) to submit a petition, addressed to Deputy Prime Minister Prawit Wongsuwan, urging the government to take steps to ensure safety for pedestrians using zebra crossings, following a recent high-profile accident that left a pedestrian dead.

The group, holding up placards urging increased safety at zebra crossings, proposed stricter enforcement of traffic laws, including treating a fatal accident on zebra crossing as a murder, the setting of speed limits in urban areas 30km per hour, increasing fines for road accidents and making zebra crossings much safer.

The group also proposed that the government expresses condolences to the family of the dead victim, known as “Doctor Kratai”, who was an eye specialist at Chulalongkorn University. The 33-year-old was hit by a big bike, being ridden at high speed by a crowd control police officer, as she was on a zebra crossing in Bangkok’s Phaya Thai district on January 21st. The perpetrator has surrendered to police.

The young doctor’s death has provoked public outrage and demands for stricter enforcement of traffic laws, particularly concerning the widespread disrespect by motorists and motorcyclists of pedestrians’ right to use zebra crossings in Bangkok and other cities.

The tragic incident has also served as a wakeup call for officials in Bangkok and other provinces to improve zebra crossing markings, many of which have faded and become unnoticeable.

The Royal Thai Police are also proposing amendments to land traffic laws, to increase the fines for violating traffic signs and signals, including zebra crossings, from 1,000 to 4,000 baht. 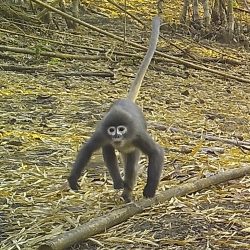 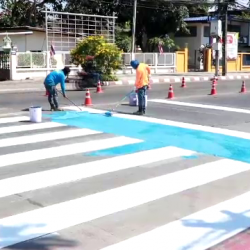