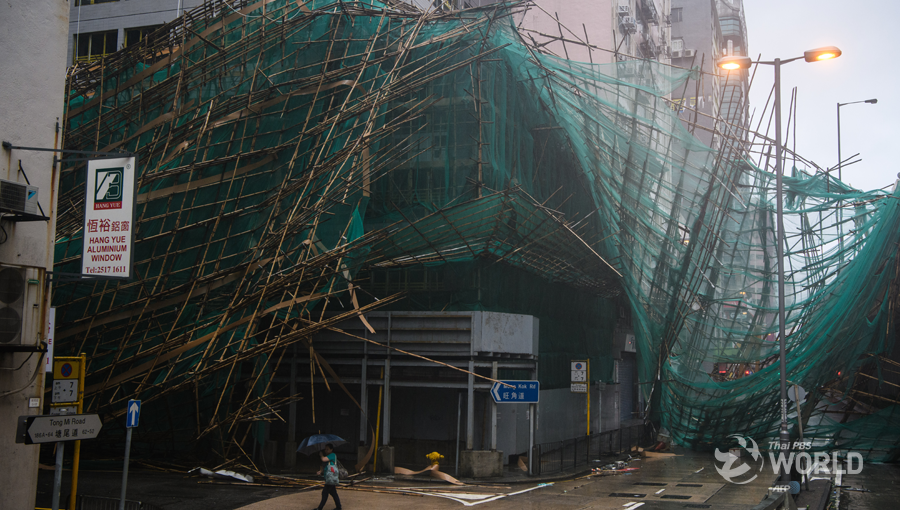 The aftermath of Typhoon Mangkhut on Monday in Macau.

Thailand will be spared the wrath of Typhoon Mangkhut which continues to wreak havoc in southern China where three million people have been moved to safety, the Meteorological Department reported today.

The powerful typhoon made landfall in Guangdong, China’s most populous province, late afternoon Sunday, killing four people before heading west into neighboring Guangxi province around midnight.  Authorities started to evacuate towns and cities in southern China after the powerful typhoon slammed into Hong Kong with ferocious winds of up to 173 kilometers per hour.

Though Typhoon Mangkhut is not expected to hit Thailand, its influence will strengthen the southwestern monsoon that will bring more rain with isolated heavy rains in many parts of the country from today until Wednesday, according to Mr Wanchai Sak-udomchai, director-general of the Meteorological Department.

“Mangkhut’s path does not lead to Thailand, nor will it bring about consequences similar to those induced by Typhoon Gay which made landfall in Chumporn province as a typhoon.  But Mangkhut has now weakened into a tropical storm,” said Wanchai,  referring to the devastating typhoon which devastated Chumporn and several other southern provinces in 1989, leaving 537 people dead and 150,000 people affected.

He said the central, northern, northeastern and eastern regions and western coast of the south will face more rain and heavy rain in some parts of the regions today until Wednesday. 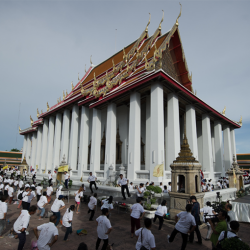