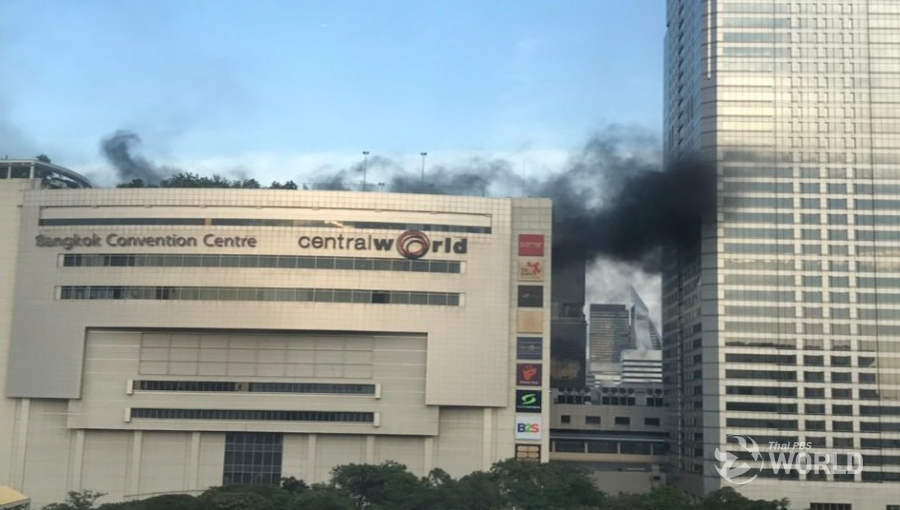 Two persons were killed and another 15 injured after fire broke out in an office building adjacent to Centara Grand Hotel in the compound of the Central World, Thailand’s biggest shopping complex, in Rajprasong area.

Bangkok Governor Aswin Khwanmuang said one of those killed plunged to his death from the eighth floor of the building where the fire started. He confirmed that the other died upon arrival at Chulalongkorn Hospital.

The 15 others who were injured are being hospitalized and are believed to be out of danger.  They include another person who also jumped off the building from the burning floor.  All the victims, reported to be employees and workers in the complex,  are Thais.

Governor Aswin reported earlier that three persons had died but the figure was later lowered to two.

Pinit Arayasilapathorn, director of Pathumwan district, said the fire broke out in a document storage room on the eight floor of the building. Though the rest of the complex, including the shopping arcade, was not affected, smoke did seep into some areas, sending shoppers fleeing to safety.

The fire broke out at around 5 pm and was put under control more than two hours later.  The area was closed to traffic as fire-fighters battled the blaze. 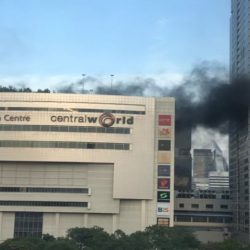 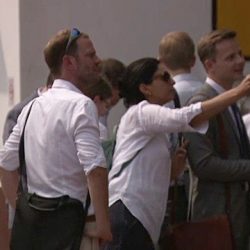 Western diplomats told not to interfere in Thailand's internal affairs