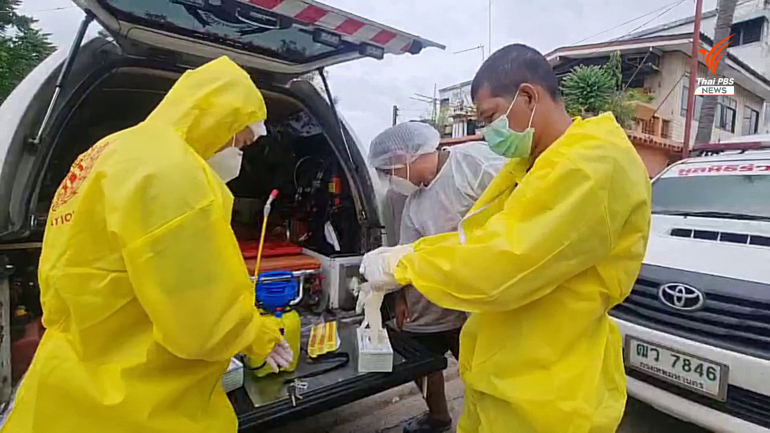 Two girls, aged 7 and 9, who later tested positive for COVID-19, were rescued from their home in Samut Prakan’s Bang Phli district yesterday (Monday), after watching their mother die of COVID-19, amid a continual surge in infections and deaths in Thailand which has seen more deaths on the streets and at home, as hospital resources are being stretched wafer thin.

According to the 9-year-old, their mother, who worked as a home masseuse, told the siblings on her death bed that they should head to an orphanage, so someone can take care of them. The mother started developing severe symptoms about three days before her death, including chest pain, breathing difficulties and coughing up blood.

A neighbour took her to a hospital and returned her to her home before she died the following morning. Rescue workers came to the house to collect the body, tested the girls and arranged for them to be taken for treatment at a hospital.

The chief of the Bang Chalong sub-district told media that the girls’ other relatives will have to decide if they are willing and ready to take care of them. If not, the Ministry of Social Development and Human Security will step in.

The news of the girls watching their mother die has garnered a lot of sympathy on social media and raised questions about the government’s handling of the raging pandemic.

Thailand recorded 14,150 new COVID-19 cases today (Tuesday), a slight drop in infections from Sunday and Monday’s high of 15,335 and 15,376, respectively, but still on the rise overall compared to a few weeks ago. 118 deaths were also recorded.

The current wave of infections, which began in April this year, is considerably more serious than last year, in which no more than a few hundred cases were recorded each day.