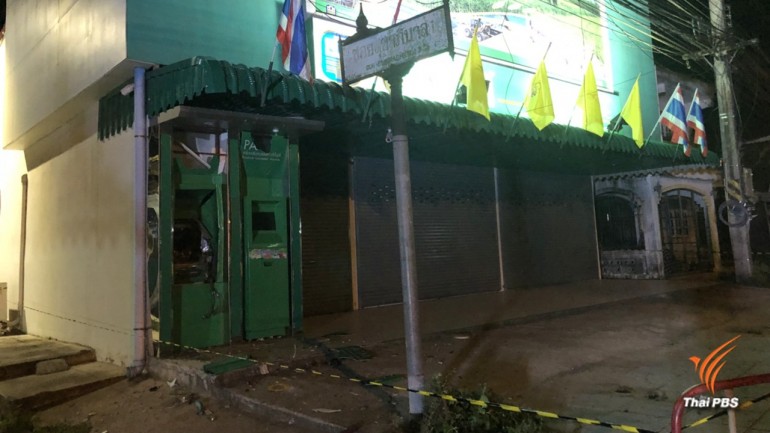 A combined team of military and police officers have arrested two men suspected of involvement in the bombing of ATM machines in Pattani’s Yarang district on May 20.

Soldiers from the 22nd Ranger Task Force and provincial police, including forensic medicine experts, were deployed to search two targets in Tambon Khlong Mai of Yarang district this morning.

The first target was a house at Ban Chalong where Malawi Maming, 28, was arrested. Another suspect, Maruding Maming, 24, was arrested from Ban Khok Ya Kha.

The two suspects were taken to the 43rd Ranger Task Force for questioning.

Meanwhile, at the interrogation centre inside Ingkhayuthaboriharn military camp in Pattani’s Nong Chik, four men were questioned for suspected involvement in a gun attack that killed a highway policeman on Jan 11, 2013.

They were arrested on Aug 1 after a team of rangers raided a house at Ban Chamao Samton in Tambon Trobon of Sai Buri district.

Panel to be set up to screen approaches to Wild Boars