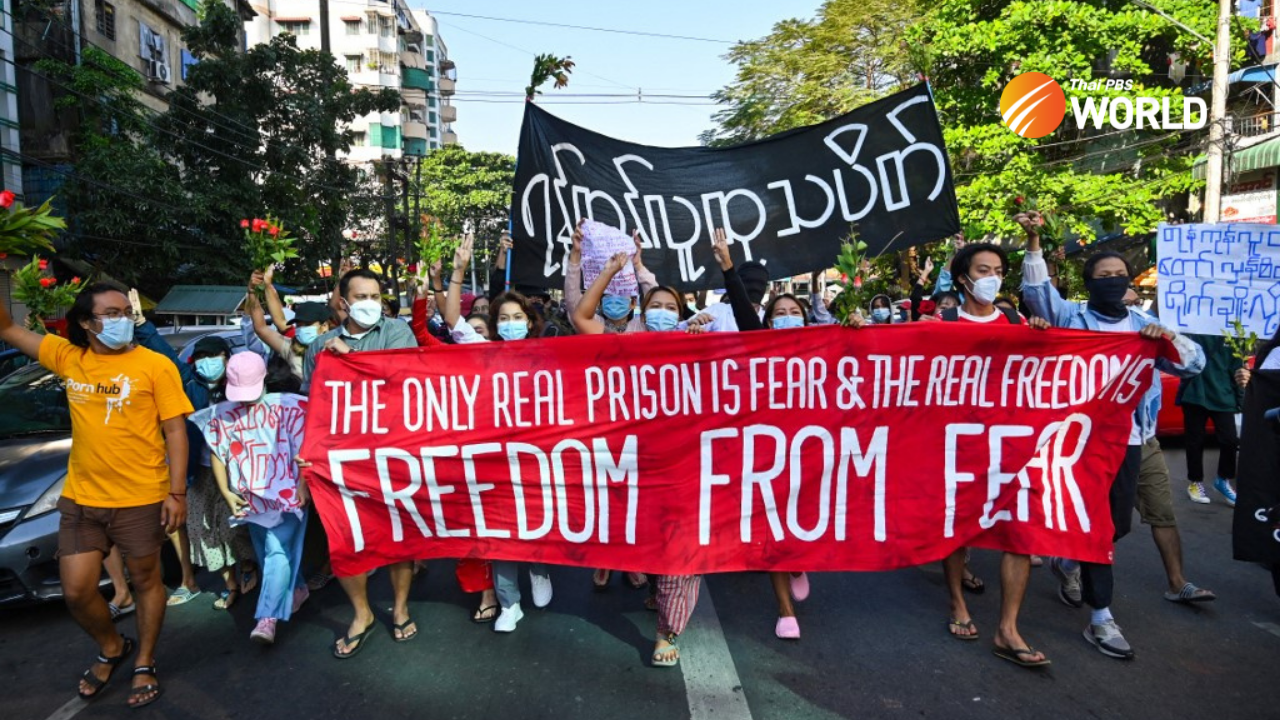 Protesters hold banners as they take part in a demonstration against the military coup in Yangon December 5, 2021. (Photo by AFP)

Myanmar, a nation which was much touted to be the final frontier of South East Asia for its underdeveloped and unexplored industries, experienced a tumultuous 2021.

The nation went into 2021 with a much more optimism, as the most popular political party, the National League for Democracy (NLD), led by Aung San Suu Kyi, had once again won the General Election in 2020.

Many believed that, despite the bumps along the way, including the notorious 2017 Rohingya incident, things would be better than in 2020 as the previous waves of COVID-19 had gradually subsided.

There was much criticism and many accusations were made against the NLD, by opposition parties, the military and some citizens, over the way the general elections were held. Many went as far as claiming electoral fraud and, even though instances of malpractice through negligence were found, there has, so far, been no proof of intentional vote-rigging.

To the disbelief of the whole nation, Senior General Min Aung Hlaing executed a military coup on the morning of February 1st, imprisoning the elected civilian government and subsequently brutally crackdown on any and all forms of dissent.

As of January 1st, 2022, the NGO Assistance Association for Political Prisoners (Burma) reports that 1,393 people have been confirmed killed with 11 thousand arrested and charged.

Millions of civilians came out onto the streets following the surprise coup and have since disappeared, due to harsh and often lethal crackdowns. This has now been replaced by armed resistance.

The majority of the armed resistance is spearheaded by the National Unity Government (NUG), a latter form of the Committee Representing Pyidaungsu Hluttaw (CRPH). The CRPH, made up of forcibly ousted parliamentarians, later joined other political forces to form the NUG, which is now seeking to be officially recognized on the world stage as the official government of Myanmar.

Below the NUG is the People’s Defence Force (PDF), comprised of civilians who joined the rebellion against the junta. While decentralized pockets of armed resistance against the military exist across the country, the majority are under the command of the NUG, trained by extant and powerful ethnic armed groups, such as the Kachin Independence Army (KIA) and the Karen National Union (KNU).

Near to the end of 2021, but starting around May, incidents of guerrilla warfare and full-blown battles against the military, carried out by local PDFs, intensified.

It is especially severe in ethnic armed forces controlled regions. One particular incident of note was the mass burning of civilians on Christmas Eve in Kayah State. During attacks by the military, through heavy weapons shelling, airstrikes, and so on, over 30 civilians were killed and their bodies burnt on a truck.

Notable victims included a child and the elderly, as well as two staff members of the Save the Children NGO.

Places such as Lay Kay Kaw in Kayin State also saw entire communities come under heavy offensives by the military forces, forcing thousands to flee to the safety of jungles or into Thailand.

According to local civic organizations, over 150,000 civilians have been displaced in Kayah State alone.

Myanmar’s economy, already dealt a severe blow in the onslaught of COVID-19, was dealt an even worse hand in the form of the third wave of COVID-19, which broke out amid the turmoil brought on by the coup.

At the peak of the outbreak, in June 2021, reports poured in of thousands dying daily from lack of access to COVID-19 necessities across the nation, the medical oxygen supply being one of them. In Yangon, crematoria saw long lines of ambulances and other vehicles, mostly belonging to volunteer workers, looking to cremate the bodies.

It had all happened amid restrictions on Myanmar’s banking sector, such as limiting withdrawals of cash from all banks and the intense monitoring and restricting of digital payment systems, to name a few.

All of these were attempts by the junta to stabilize their hold on the nation and to cut off, or at least greatly inconvenience, funding that was flowing, in the form of donations and purchases of NUG bonds, to the members of the Civil Disobedience Movement (CDM) and even to small pockets of resistance forces to carry out guerrilla operations against the military.

As of December 2021, the economic regression had only worsened. The junta and its officials had vaguely attempted to blame “economic sabotage” by foreign powers.

With uncertainty in everything, from the COVID-19 vaccination program to the education system, organizations like the UNDP claim that Myanmar will soon reach levels of adverse effects not seen since 2005.

It estimates that Myanmar could see the total number of people living below the poverty line double to 46.3%.

The World Bank had projected that Myanmar’s economic growth will shrink by more than 18% in 2022.

Despite overwhelming odds against a brutally oppressive regime, the people of Myanmar have, so far, managed to keep their spirit unbroken.

While not everyone participates, many in Myanmar refuse to pay their electricity bills, opting to go without power when the government comes to cut their power.

Many young people are either out of a job or are students without any opportunity to earn money to donate to efforts against the military. They choose to spend their free time clicking and watching online advertisements on certain applications and websites.

A good number of the CDM participants have left their previous careers, choosing to make a living doing anything other than working under the junta.

When security guards from a formerly popular shopping mall used excessive force against flash protesters, the subsequent boycott of the shopping mall resulted in almost all foot traffic stopping to this day.

As the number of lower-income families that cannot continue to feed themselves increased, philanthropists appeared to organize charitable efforts across the country, such as setting up food stalls where, for a mere 9 Baht, a person could eat a healthy and filling meal.

As 2021 ended, the people of Myanmar did not shout Happy New Year as the clock struck midnight but chose to exclaim “Our Cause Must Succeed” and their wish for the death of Senior General Min Aung Hlaing. 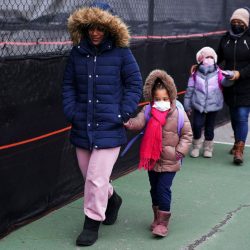