Trump says he doesn’t want to talk to Xi right now, could even cut China ties

WASHINGTON (Reuters) – U.S. President Donald Trump signaled a further deterioration of his relationship with China over the novel coronavirus, saying he has no interest in speaking to President Xi Jinping right now and going so far as to suggest he could even cut ties with the world’s second largest economy.

In an interview with Fox Business Network broadcast on Thursday, Trump said he was very disappointed with China’s failure to contain the disease and that the pandemic had cast a pall over his January trade deal with Beijing, which he has previously hailed as a major achievement.

Trump’s pique extended to Xi, with whom the U.S. president has said repeatedly he has a good relationship.

“But I just – right now I don’t want to speak to him,” Trump said in the interview, which was taped on Wednesday.

Trump was asked about a Republican senator’s suggestion that U.S. visas be denied to Chinese students applying to study in fields related to national security, such as quantum computing and artificial intelligence.

“There are many things we could do. We could do things. We could cut off the whole relationship,” he replied.

“Now, if you did, what would happen? You’d save $500 billion,” Trump said, referring to estimated U.S. annual imports from China, which he often refers to as lost money.

The remark drew ridicule from Hu Xijin, editor in chief of China’s influential Global Times tabloid, who referred to Trump’s much-criticized comments last month about how COVID-19, the disease caused by the coronavirus, might be treated.

“This president once suggested COVID-19 patients inject disinfectants,” Hu said on Twitter. “Remember this and you won’t be surprised when he said he could cut off the whole relationship with China.”

“The president is concerned. He’s reviewing all his options. Obviously, we’re very concerned about the impact of this virus on the economy, on American jobs, the health of the American public and the president is going to do everything to protect the economy and protect American workers,” Mnuchin said.

Trump and his Republican backers have accused Beijing of failing to alert the world to the severity and scope of the coronavirus outbreak and of withholding data about the earliest cases. The pandemic has sparked a sharp global recession and threatened Trump’s November re-election chances.

The United States has been hardest hit by the pandemic, according to official data.

China insists it has been transparent, and amid increasingly bitter exchanges both sides have questioned the future of the trade deal.

Opponents of Trump have said that while China has much to answer for over the outbreak, he appears to be seeking to deflect attention from criticism over his response to the crisis.

“Avoiding communication is not an effective strategy for solving a crisis that requires global cooperation. And cutting off the economic relationship would badly damage the American economy,” he said.

Michael Pillsbury, a China analyst who has worked as an outside adviser to Trump, told Reuters he believed the president was concerned that China not only wanted to renegotiate the Phase 1 deal, but also had not been meeting goals in purchasing from United States.

He said that according to figures cited by the China Daily, China’s purchases of U.S. products in the first four months of this year were 3% less than during the same period last year.

“It’s not good news for reducing the trade deficit or helping our economy recover from the coronavirus crisis,” he said.

Under Phase 1 of the trade agreement, Beijing pledged to buy at least $200 billion in additional U.S. goods and services over two years while Washington agreed to roll back tariffs on Chinese goods in stages.

China took some additional steps towards those goals on Thursday, buying U.S. soybean oil for the first time in nearly two years and issued customs notices allowing imports of U.S. barley and blueberries.

An executive from Chinese state agriculture trading house COFCO said China was set to speed up purchases of U.S. farm goods to implement the Phase 1 deal.

The Global Times on Thursday said Beijing was seeking to compartmentalize rising tensions with Washington.

“(China) still hopes that economic and trade issues will not be politicized because that is not good for either side,” it quoted Li Yong, deputy chairman of the Expert Committee of the China Association of International Trade, as saying.

While U.S. intelligence agencies have said the coronavirus does not appear manmade or genetically modified, rejecting a theory promoted by some Trump supporters, Trump said in his interview that China should have stopped it at its source.

“It got out of control.” 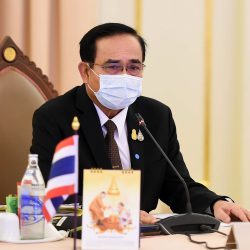 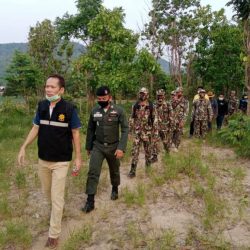