Thailand is now on the way to becoming a super-aged society. Experts warn that without significant changes, the Retirement Fund of the SSO risks collapse. (Photo by Josh Appel)

Millions of company workers can heave a sigh of relief after Labour Minister Suchart Chomklin applied the brakes on a plan to extend the retirement age from 55 to 60. But experts warn that without significant changes, the Retirement Fund of the Social Security Office (SSO) risks collapse.

The International Labour Organization (ILO) has long warned that the fund could run out of cash by 2054 if current rules are left untouched. The problem is that the average life span of Thais has gradually increased since 1998, when the fund began offering retirement benefits to its members. The result is a growing elderly population that is taking a visible toll on the fund, despite the Bt1.98 trillion accumulated in its coffers.

Thailand is now on the way to becoming a super-aged society. In 2020 about 13 percent of Thais were already aged over 65 and forecasts indicate that figure will double to 26 percent by 2040.

The longer fund beneficiaries live, the higher the budget required for their retirement payments.

The senior researcher at Puey Ungphakorn Institute for Economic Research (PIER) told a seminar last September that the government may consider raising employers’ and employees’ financial contributions to around 20 percent of their monthly salaries. Or it could curb retirement benefits. Other additional measures could include encouraging fund members to delay their retirement benefits.

SSO secretary-general Boonsong Thapchaiyuth said his office was well aware of the problems facing Thailand’s retirement benefit system. In fact, it had been planning gradual fund reforms since 2016 because it too foresaw what was coming.

The SSO plan calls for an adjustment of the maximum monthly salary recognized by the Social Security Fund.

Long fixed at Bt15,000, it would be raised to Bt20,000. When the salary ceiling rises, contributions from fund members will increase accordingly even though the percentage will remain at 5 percent of their salary. Many people earn more than Bt20,000 a month but their contributions are no higher than Bt750 because of the ceiling set by the fund itself. If the salary ceiling is raised, then their monthly contributions will increase to Bt1,000. Under this plan, fund members would not lose any benefits because the greater their contributions, the higher their retirement benefits.

“We will go ahead with the changes,” Boonsong affirmed. “But we need to push for the changes gradually and in the right economic climate.”

While the problems plaguing the SSO’s retirement fund are deep and longstanding, many have blamed the COVID-19 pandemic as the main obstacle to finding solutions. Boonsong, for one, thinks that making changes to the fund would be inappropriate in the current climate.

Manas Kosol, president of the Confederation of Thai Labour (CTL) and a network of insured working people, said he disagreed with any move to lift the retirement age for fund members from 55 to 60, no matter how gradually it was done.

“So many companies, especially those in heavy industries, require their employees to retire at the age of 55. If these former employees only start receiving retirement benefits from 60, they will struggle without any income for a full five years,” he pointed out.

Manas said the COVID-19 crisis had also eaten up working people’s savings. And given severe economic impacts from the pandemic, those retiring at the age of 55 would find it difficult if not impossible to find another job.

Move Forward MP Wanvipa Maison, who is deputy chair of the House committee on social welfare, also opposes the idea of extending the retirement age to delay fund members’ access to SSO payments.

“Fund members who retire at 55 are entitled to these benefits,” Wanvipa said. In her view, the fund is unlikely to collapse given that it has trillions of baht under its management.

Manas commented separately that the Social Security Fund, which is also managed by SSO, has built up Bt2.2 trillion and is investing the money for profit. The rate of return, he said, was good. Hence he is confident that the fund will have enough money to take care of its members.

In addition to offering retirement payments, the fund also provides benefits for the unemployed, the bereaved (funeral costs, etc), childbirth, and healthcare.

How much does the fund pay retirees?

Under current rules, fund members who retire at the age of 55 can claim benefits if they have submitted monthly contributions for a combined period of at least 180 months. Retirement benefits may be in the form of a regular pension or a one-time sum.

The regular pension, which is paid on a monthly basis, is equivalent to 20 percent of the average salary of the fund member during the last 60 months of contributions (with maximum salary recognized fixed at Bt15,000).

If their contribution period extends beyond 180 months, the pension amount will rise by 1.5 percent for every additional 12 months. For example, a fund member who has submitted contributions for 25 years at the maximum salary recognized will get Bt5,250 a month after retirement at 55.

Those who have contributed to the fund for fewer than 12 months will get just their money back plus the matching contributions submitted by their employers for their retirement benefits and extra money as set by SSO.

As of July 2021, there were more than 19.1 million members of Thailand’s retirement fund. Of these, about 11.1 million were company workers. 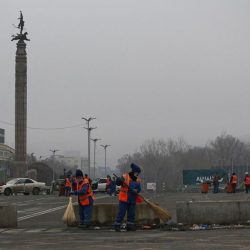