Trairong Suwankiri: Team Prayut’s secret weapon for the next election

Trairong Suwankiri’s recent appointment as Prime Minister Prayut Chan-o-cha’s advisor has been hailed as a potential game-changer for the PM’s political future.

The veteran politician’s surprise appointment on November 9 came just days after he quit the coalition Democrat Party, where his 38-year membership saw him rise to deputy leader. Trairong claimed that he only learned of his appointment as Prayut’s advisor after tendering his resignation on October 27.

The 78-year-old politician’s transfer to Team Prayut coincided with growing speculation that the prime minister will be nominated by a new political party — Ruam Thai Sang Chart (United Thai Nation) — as its PM candidate to contest the next general election. However, Gen Prayut has kept his cards close to his chest, dodging media questions about his political future.

In the previous national vote in 2019, Prayut was the sole PM candidate of the Palang Pracharath Party, which went on to form the current coalition government. However, he has left the public guessing over whether he will bid for the premiership with the ruling party again. He has never been a Palang Pracharath member or held an executive post in the party.

Heading to a new party?

Political analysts expect both Prayut and Trairong to join Ruam Thai Sang Chart, which is led by former justice minister Pirapan Salirathavibhaga, who is also an advisor to Prayut and a former Democrat colleague of Trairong.

Trairong’s daughter Rudklao is among other Democrat members and politicians who have defected to the new party, which was set up in March last year and is widely seen as a backup party for Prayut.

The statement on Trairong’s appointment said simply that his duties would involve “offering advice and suggestions as assigned by the prime minister”. It did not elaborate on the scope of his assignments.

According to Government House sources, however, Prayut assigned his new adviser to focus on policy platforms and speech-making. This heightened speculation that the PM is planning to seek another term in office – though if re-elected he would only be able to serve until April 2025 as per a September Constitution Court ruling on his eight-year term limit.

As a strong public speaker who hails from the South, Trairong is expected to prove helpful in Ruam Thai Sang Chart’s bid to win the hearts of southern voters amid waning Democrat popularity in a region they once dominated. Prayut has topped recent opinion polls asking southern voters for their preferred choice of next prime minister.

Trairong was born on June 24, 1944, in the southern province of Songkhla. His name means “tricolor” – an informal name for the Thai national flag.

In his political heyday, the Democrat lawmaker was known for his heavy southern accent, debating fluency and sense of humor.

He graduated with a bachelor’s degree in Economics from Thammasat University in 1967 before receiving master’s and doctoral degrees in the same field from the University of Hawaii.

After his return from the US in 1975, Trairong began his career as private secretary to Professor Puey Ungpakorn, who was serving as rector of Thammasat University during one of the country’s most tumultuous political periods. Dozens of anti-government student protesters were massacred at the university by police and right-wing militia on October 6, 1976.

While lecturing in economics at Thammasat, Trairong was appointed as adviser to then-prime minister Gen Prem Tinsulanonda in 1980. Trairong later served as the spokesman for Prem’s government.

The young lecturer became an assistant professor but later left academia to join the Democrat Party, which he would call his political home for 38 years.

In 1986, the 42-year-old Trairong was elected as MP for his home province of Songkhla, running under the banner of the country’s oldest political party. He was re-elected 10 more times – five as a constituency MP and five as a party-list MP.

He became a deputy Democrat leader in 2005 when the party was restructured and the old executive board replaced, with Abhisit Vejjajiva taking over as leader.

After the Democrats returned to power in 2008, Trairong was appointed deputy premier in charge of economic affairs in Abhisit’s administration, serving from January 2010 to August 2011. The political veteran then took a back seat before recently re-emerging in his new role as Prayut’s advisor. 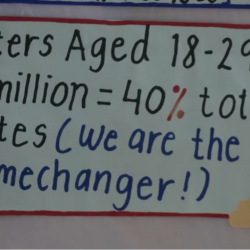 Bangkok skywalk and road closures until Saturday during APEC Summit