The recent killing of a doctor on a zebra crossing in Bangkok is still the subject of vigorous debate on social media, with many more satirical memes criticising Thailand’s lack of road safety.

Satirical artist “Uninspired by Current Events” posted illustrations reflecting on the fatal accident. One of them being named “Criss Crossing”, which shows police officers painting a motorcycle sign over a pedestrian crossing, which has seen over 85,000 retweets and 34,000 reactions on Facebook so far.

The most recent illustration, called “Rag Time”, satirically criticising the alleged perpetrator for entering monkhood after the fatal accident, also gained 35,000 retweets and 31,000 reactions on Facebook.

Last night, officials of Phaya Thai district office painted more signs on Phaya Thai Road, particularly at the location of the fatal accident, to remind drivers to slow down. District officials have also made traffic lanes narrower and have added rumble strips to the surface of the road, to warn drivers of zebra crossings ahead. 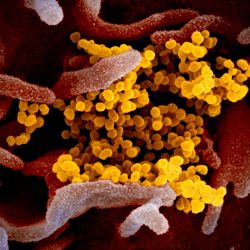