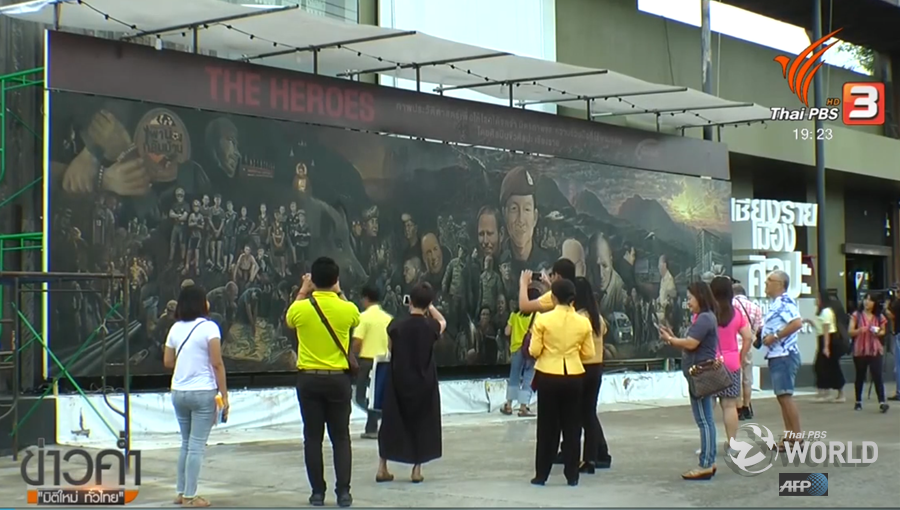 The chief sculptor working on the statue, Arjarn Saravuth  Kammoonchai, aka Slatan, and about ten other northern artists have taken turns to work on the statue since July 24.

Saravuth said that the work on the statue has been progressing up to 60 percent and the next step is to apply finishing touches.  He expected the statue to completed in two months’ time.

He went on to  say that rock sculptors in Mae Sai have volunteered to make the base of the statue out of black granite expected to be completed by yea-rend.

The whole project in memory of all the rescuers, especially Samarn, alias Ja Sam, which includes Samarn’s statue, the canvas painting entitled “The Heroes” which tells a story of the dramatic rescue operation and the pavilion-cum-museum is estimated to cost about 10 million baht. It is being funded by national artist Mr Chalermchai Kositpipat and with public donations.