To get ahead in upcoming election, first try to understand its mathematics

The majority of Thais may hate mathematics, but they will be forced to be constantly engaged with it in the upcoming months. If they are to follow the crunch time of  with great fun and understanding, that is.

Key players in next year’s elections also require math expertise, as minor miscalculation can mean having it all slip away.

Elections are always a number game, but next year’s Thai poll is a lot more so due to added constitutional conditions, which critics of military–backed Prayut Chan–o–cha insist were put there to make things easier for him and harder for his opponents.

The “Every Vote Counts” condition is one example. Voters will be given just one ballot, and their votes will both determine who win in their constituencies and be counted as national votes for each party. The national votes will be used to calculate how many more seats a party gets, or, in case that a party wins no constituency seat, how many seats it will have at all.

This means a party that fails to win in any constituency can still have MPs in the House of Representatives if it has acquired substantial national votes.

Political and mathematical analysts say parties, especially those competing for post–election government control, must be precise when dealing with this rule. This is particularly because calculation methods are simply different from the year 2011, with a quota system coming into play this time benefiting small parties than big ones.

In the previous election, Pheu Thai won about 15 million national votes. That was translated into 61 more seats. This time, the same number of votes can be turned into just about 10 more seats. Pheu Thai won 204 constituency seats in the 2011 election and the additional seats from the proportional system tipped the scale in its favour.

This “Every Vote Counts” rule along with the “sucking power” of the reportedly pro–military party are crucial if Prime Minister Prayut, leader of the 2014 coup, is to remain in the top executive post after the election. The pro-junta Palang Pracharat Party must win enough seats (25) to be able to nominate Prayut as prime minister after the election, and then such nomination will need an additional  25 MPs to endorse it.

(A post–election prime ministerial nominee needs to be endorsed by a minimum 50 MPs. The winner, the eventual prime minister, must get support from at least 376 MPs and, if needed, senators.)

Defectors are, therefore, crucial. Even if they can’t win constituency seats, they can help a party gain a sizeable national votes. This can explain why Pheu Thai, the reigning electoral champion, has been vocally critical of the “sucking” practice of its political enemies. The party knows that even if its new–faced candidates can beat the defectors, the defectors can still get considerable votes, hence House seats, for its opponents.

Here’s how the “Every Vote Counts” system works: All ballots cast for all parties will be counted together and calculated into the number of seats each party gets out of 500. If it is figured out that Party A gets 200 seats and it already wins 190 constituency seats in the election, it will get an additional 10 seats.

On the surface, the “Every Vote Counts” principle is quite democratic. In the context of next year’s Thai election, the rule can also mean:

–       The Palang Pracharat Party, which reportedly supports Prayut, can get several seats without having to win at any constituency.

–       Narrow constituency wins are no longer a cause for celebration, as was previously the case. In fact, the more narrow wins a party has, the worse news it gets.

–       If a party has a lot of constituency MPs, it will have a disadvantage when it comes to getting MPs from national votes. Big parties, therefore, may need proxies in the form of newly–established parties. The proxies do not need to win at constituencies, but they should be popular enough to gain substantial votes.

All factors mentioned above will play a big role in determining who is the next prime minister. Voter turnout will be more significant. In addition, constitutionally provisional is senators’ right to participate in the appointment. This means the next prime minister needs the support of 376 MPs, or 376 MPs and senators. The chance for reigning champion Pheu Thai to regain power is to win a landslide, as most of the 250 senators are expected to support Prayut.

The incumbent prime minister, on the other hand, will need about 130–140 MPs to support his continued stay. If the Democrats are with him, it should be easy. If not, the number game can get more intense. There has already been a strong speculation that the Democrats’leadership selection is being influenced or at least complicated by desire to have the party, whose current leader Abhisit Vejjajiva is not so keen on Prayut, soften its stand on him. 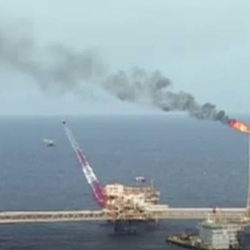 PM Prayut says he is "interested" in politics, but mum on his future