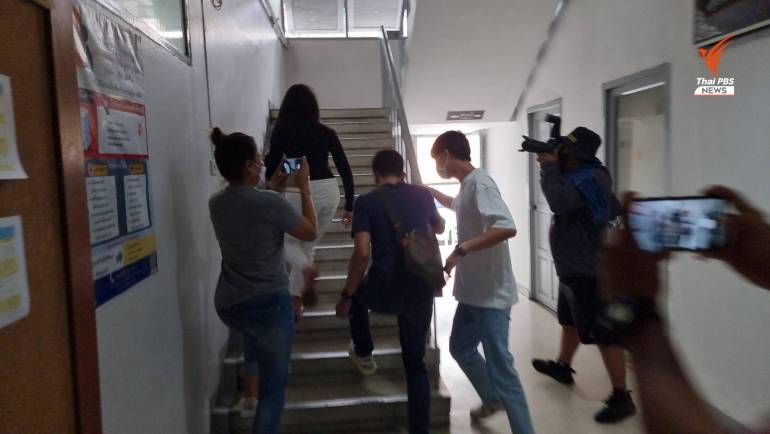 The third suspect in the investigation into the death of TV actress Nida Patcharaveerapong, aka “Tangmo”, surrendered to Nonthaburi police this afternoon (Sunday) to acknowledge a charge of negligence resulting in Nida’s death.

Wisapat Manomaikrat, for whom an arrest warrant had been issued by the Nonthaburi provincial court, avoided a small army of reporters and photographers who were waiting in front of the police station for her arrival.

The car in which she was travelling had to circle the police station several times before she was dropped off and rushed inside.

Wisapat was then secured inside the office of the police superintendent, Pol Col Jaturon Anurakbundit, for questioning.

The officer told reporters that Wisapat was accompanied by her lawyer and she prepared a surety to bail herself out after the questioning, which was still under way at the time of this report.

Wiksapat is reported by the police to be the last person to have been with Nida on board the speed boat on the night of February 24th, when the late actress fell into the Chao Phraya River and drowned. There were four other people on the vessel as well.

Two of them, Tanupat Lerttaweewit, the boat’s owner, and helmsman Paibul Trikanchananan have been charged with negligence resulting in the death of another person, providing false statements to the police and destroying evidence. 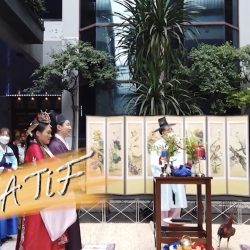 The joy of a Korean traditional wedding in Bangkok 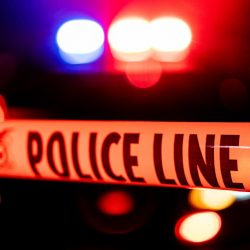