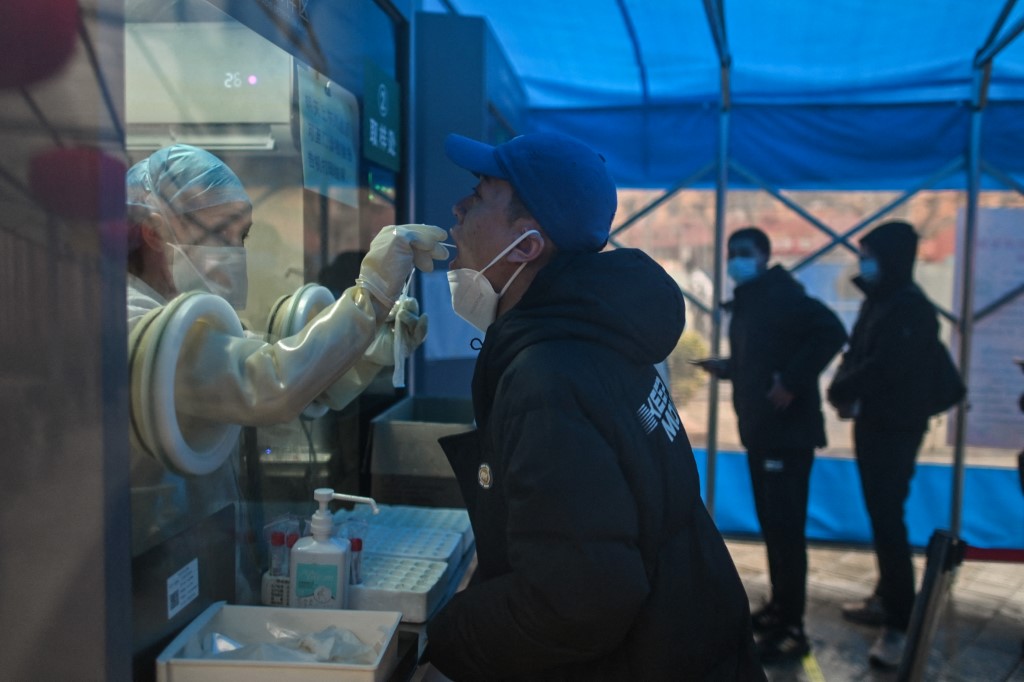 A health worker takes a swab sample from a man to test for the COVID-19 coronavirus at a hospital in Wuhan, China’s central Hubei province on February 7, 2021. (Photo by Hector RETAMAL / AFP)

The World Health Organization expert mission to China ended this week without finding the source of the coronavirus that has killed over 2.3 million worldwide.

But the team of foreign experts did agree the virus likely jumped from bats to an unknown animal species, before being transmitted to humans.

It also concluded that it was “extremely unlikely” that the virus came from a high-security lab in the central city of Wuhan, appearing to quash a number of theories linking the city’s virology institute to the outbreak.

Huge global pressure and scrutiny trailed the team during its probe in China, which mission member Peter Daszak described as working “flat out under the most politically charged environment possible.”

After a mission that lasted nearly a month, here are five things we still don’t know about the virus’ origin:

Experts said tests were done on tens of thousands of samples from wild, farmed and domestic animals across China — but none of them contained the SARS-CoV-2 virus that causes Covid-19.

However, Dutch virologist and WHO team member Marion Koopmans said that species more susceptible to the virus — including bamboo rats, badgers and rabbits — were sold at Wuhan’s Huanan market, the site of an early virus cluster, and could be an entry point for trace-back investigations.

British zoologist Daszak also said after the briefing that new bat viruses discovered in Thailand and Cambodia, “shifts our focus to Southeast Asia”.

“I think one day we’ll find that (reservoir), it might take some time… but it will be out there without a doubt,” he told reporters.

Concern has been expressed about the scientists’ access to data in China, amid accusations that Beijing downplayed the initial severity of the outbreak in Wuhan in late 2019.

Danish epidemiologist and team member Thea Kolsen Fischer said after the briefing that the WHO team were not given raw data, but instead relied on earlier analysis by Chinese scientists.

In most cases, she said, it would be usual for outsiders to get access to “aggregated data”.

WHO team members said they were granted full access to the sites and individuals they requested to visit.

Beijing has repeatedly floated the theory that the virus was brought to China through packaging on cold chain products like imported frozen seafood, linking these to recent domestic outbreaks.

WHO emergencies chief Mike Ryan had previously said that there is “no evidence that food or the food chain is participating in transmission”.

But in China the WHO mission appeared to give some weight to the theory.

The head of the Chinese side of the mission, Liang Wannian, said the virus can travel long distances on the surface of cold chain products, and environmental samples from Huanan market — which sold frozen wild animals and seafood — showed “widespread contamination” of the virus.

But WHO team lead Peter Ben Embarek cautioned that it is still unclear whether the virus can transmit to humans from contaminated cold chain surfaces.

Beijing has repeatedly called for the WHO to launch an origin tracing mission in the US, and foreign ministry officials have drawn attention to conspiracy theories about virus leaks from an American military germ research lab.

Eager to deflect international criticism over its initial handling of the outbreak, China has also amplified studies suggesting some Covid-19 cases emerged in Italy and other countries in late 2019.

But in releasing the report’s conclusions, Koopmans said these studies “do not provide full evidence of earlier circulation” outside China in early December.

However, she conceded that experts “should really go and search for evidence of earlier circulation.”

China, meanwhile, is keen that the next stage of the virus origin investigation takes place in another country. 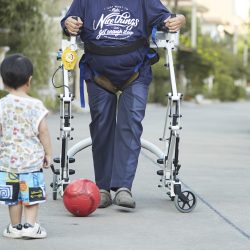 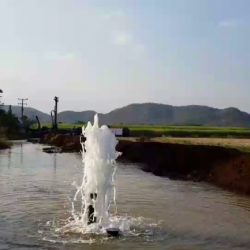