The Opposition to censure Government between 18th and 20th December

The seven opposition parties have settled on their planned censure motion against the Government with the debate taking place between December 18th and 20th , opposition chief whip and Pheu Thai MP Suthin Klangsaeng said today (Tuesday).

He said that, during the censure debate, the opposition will take a new approach by shifting their focus from suspected corruption to alleged mismanagement by the previous government under General Prayut Chan-o-cha’s premiership and the current government’s performance over the past three months.

“We have solid and incriminating evidence which may cause the Government to fall,” Suthin claimed, adding that the opposition has no intention to overthrow the government “because the government will collapse of its own making.”

Representatives of the seven coalition parties met today to discuss plans for the censure debate, during which they agreed to censure the entire cabinet instead of individual ministers.  Pheu Thai MP Cholnan Srikaew said that the censure motion will be submitted to the House of Representatives no later than December 6th.

Chuan does not recognize this Constitution, but disagrees with dumping it 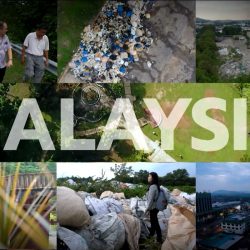