Defiant Future Forward party leader Thanathorn Juangroongruangkit has announced that the pro-democracy alliance has not conceded defeat but, he says, they were robbed of their victory as he vowed to work harder outside parliament to prove that to the people.

“This election is just one battle in the long journey to achieve democracy. We fiercely believe that, in the end, our day will come.  Dictatorship cannot resist the winds of change, the winds of democracy. The people will cry for freedom, cry for justice,” Thanathorn declared at a news conference held immediately after parliament voted overwhelmingly for General Prayut Chan-o-cha to return as the next prime minister.

Thanathorn, who was the other contender for the post, nominated by the Pheu Thai-led alliance, admitted that he had little hope on Wednesday that both the Democrat and the Bhumjaithai parties would make the right decision.

Despite the election defeat, which he said was stolen from the pro-democracy alliance, the firebrand young politician pleaded with all democracy advocates not to lose hope, but to move forward with him.

“I would like to tell my brothers and sisters that this is not our end, it is just the beginning,” he said, adding that the election result was a proof that they did not work hard enough and must strive harder.

From now on, Thanathorn said that the Future Forward party would divide its work and resources into three main areas; its MPs will undertake legislative work and check the performance of the government, the party will prepare for the forthcoming local elections and strengthen the party. 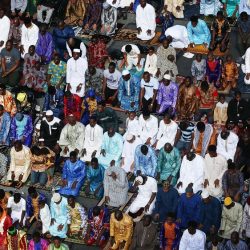