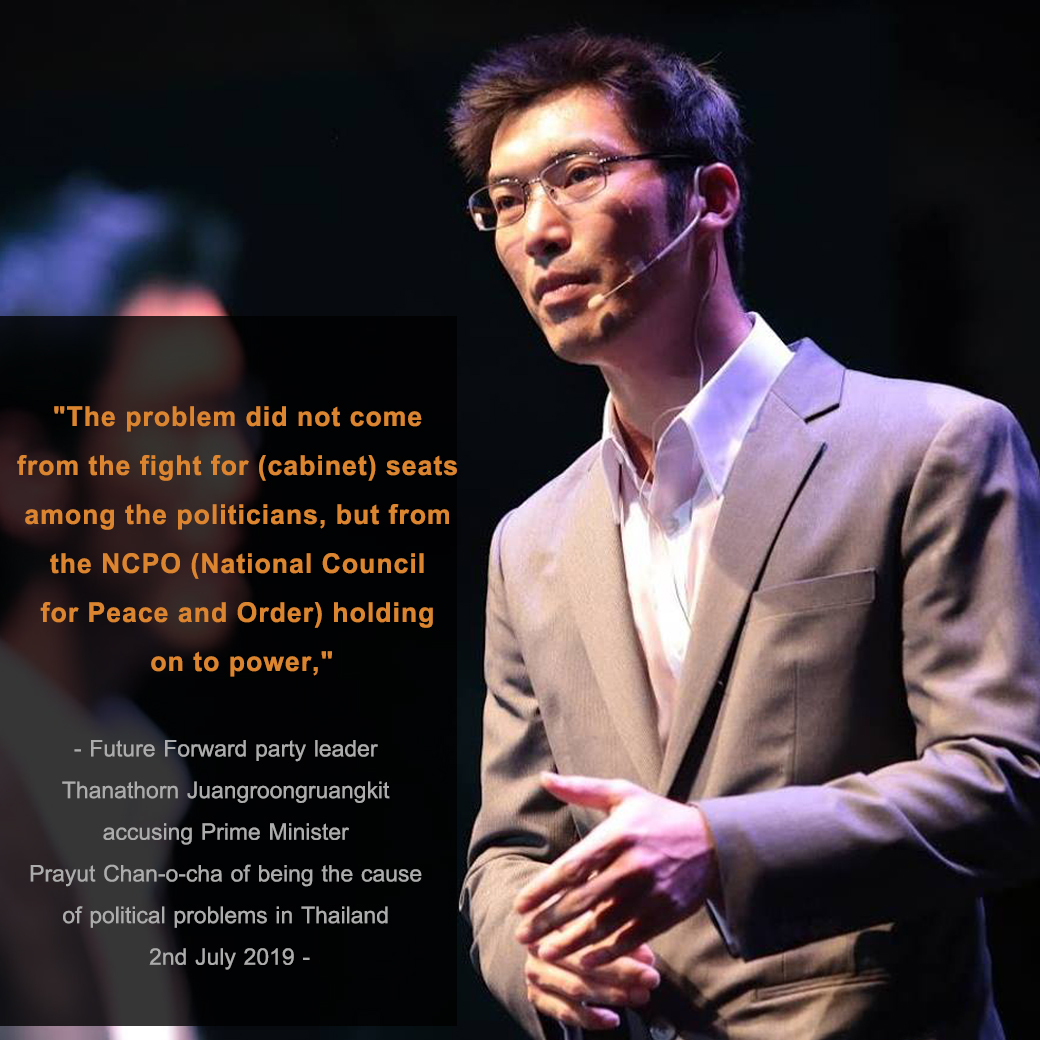 He said today that the Prime Minister had accused politicians of stalling attempts to form the government and had threatened to resort to the “old method” to resolve the problems.

He said that it was ironic that the Prime Minister accused politicians of causing the country’s political problems but, at the same time, brought them into the party to help form the government.

“The problem did not come from the fight for (cabinet) seats among the politicians, but from the NCPO (National Council for Peace and Order) holding on to power,” said Thanathorn. 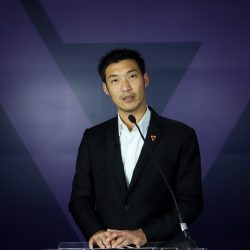 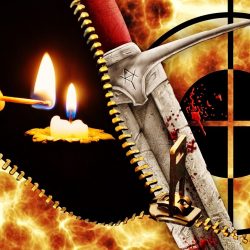