Thanathorn Jungroongreangkit, acting leader of the Future Forward Party, and two other party executives were granted permission to postpone reporting to the Technology Crime Suppression Division (TCSD) police to hear charges on violation of the Computer Act to Sept 17.

They were  accused of violating the Computer Act by linking the National Council for Peace and Order (NCPO) to the poaching of former MPs to join pro-military parties during Facebook live on June 29.

The TCSD issued summonses for the three to hear the charges today. Apart from Mr Thanathorn, the two other party executives summoned by the TSCD are Jaruwan Sarankate and Klaikong Vaidhyakarn

On Aug 24, the three sent a lawyer to submit a letter to the TCSD, seeking to postpone their reporting to the police to Sept 17.

Their request was approved by the TCSD. 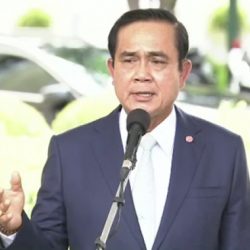