Dubbed somewhat ironically as the “billionaire commoner”, Future Forward Party leader Thanathorn Juangroongruangkit is relatively new to politics but has been generally looked at as a promising prime ministerial candidate.

Thanathorn’s popularity in the run-up to the general election, his first electoral race, has been soaring significantly among the new generation. His campaign trails often feature big crowd of supporters and selfie requests. On the social media, “Fah Rak Phor” (We Love (Sugar) Dad”) fever with #futurisa has caught on. Whether this phenomenon will be translated into a huge number of votes for the Future Forward Party, which was co-founded by Thanathorn last year, remains to be seen.

At the age of 40, Thanathorn has much of what it takes to impress people – good education, solid records of taking side with the poor, a successful career, wealth and ideology. He is not without controversies and ironies, however.

Thanathorn graduated from the country’s most prestigious high school – Triam Udom Suksa – before enrolling into the twinning engineering program of Thailand’s Thammasat University and Britain’s University of Nottingham. During his undergraduate years, he had actively joined protests to speak up for the underprivileged. He was president of the Thammasat University Students Union in 1999, and was later named deputy secretary-general of the Students Federation of Thailand too. He is also a co-founder and a sponsor of Fah Deaw Kan (Same Sky), which has been accused of publishing contents critical of the monarchy on several occasions.

Described as a leftist, Thanathorn has transitioned well to the capitalist world though. After his father passed away, Thanathorn started working hard for his family business – Thai Summit Group, the country’s largest auto-parts manufacturer.  During his tenure as the group’s vice president, its revenue had jumped from Bt16 billion to Bt80 billion a year. According to the latest Forbes’ list, Thanathorn’s mother, Somporn Juangroongruangkit, is Thailand’s 28th richest person with the net assets worth about Bt23.4 billion.

Thanathorn, however, has never abandoned his interests in social and political issues. So, he decided to establish the Future Forward Party. Once he was named its leader, he left Thai Summit Group’s management.

His political stance is different from that of his well-known uncle Suriya Juangroongruangkit, a prominent Cabinet member in the Thaksin Shinawatra-led government in early 2000s and now a core member of the pro-junta Palang Pracharat Party. Thanathorn has always expressed strong opposition against coups and the Palang Pracharat Party’s sole prime ministerial candidate, General Prayut Chan-o-cha.

Thanathorn has held three master degrees: one in Political Economy from Chulalongkorn University, one in Global Finance from Stern School of Business, New York University and one in International Business Law from the University of St. Gallen. He is married to Rawiphan Jungroongruangkit, who keeps a rather low profile. In his leisure time, Thanathorn proves an adventurous soul. He enjoys kayaking, trekking, biking, diving and mountaineering.

After stepping into politics, Thanathorn is accused of violating laws in three cases. The first is related to his criticism of the Palang Pracharat Party in an online broadcast. The second is an inaccuracy in his website profile that wrongly portrayed him as two-time president of the Federation of Thai Industries (FTI). The third involved something he used to say regarding Thailand’s transformation from an absolute monarchy to constitutional monarchy. 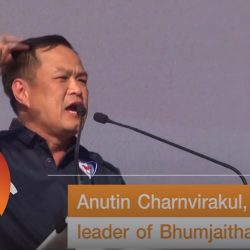 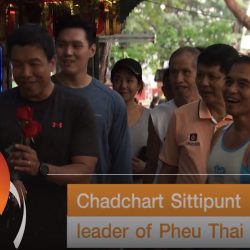