FIFA president Gianni Infantino has sent a letter to Pol Gen Somyot Poompanmoung, president of the Football Association of Thailand (FAT), inviting the 12 footballers of the Moo Pa Academy football team and their coach to attend the 2018 World Cup final in Moscow after they are brought out to safety from Tham Luang cave where they have been stranded since June 23.

In the letter, dated July 5, 2018, the FIFA present wrote:
“We have been anxiously following the news of the rescue operation in the search for 12 young footballers and their coach in the flooded cave in northern Thailand’s Chiang Rai province since 23 June 2018 and are now greatly relieved to hear the good news that they have been found by the rescue team.
“On behalf of the international football community, I would like to join you in expressing my deepest sympathies and support to the families of the players and coach, as well as my solidarity with the people of Thailand at this time of great concern.”
In the last paragraph, the FIFA president wrote:

“If, as we all hope, they are reunited with their families in the coming days and their health allows them to travel, FIFA would be delighted to invite them to attend the 2018 World Cup final in Moscow as our guests. I sincerely hope that they will be able to join us at the final, which will undoubtedly be a wonderful moment of communion and celebration.” 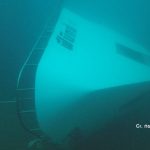