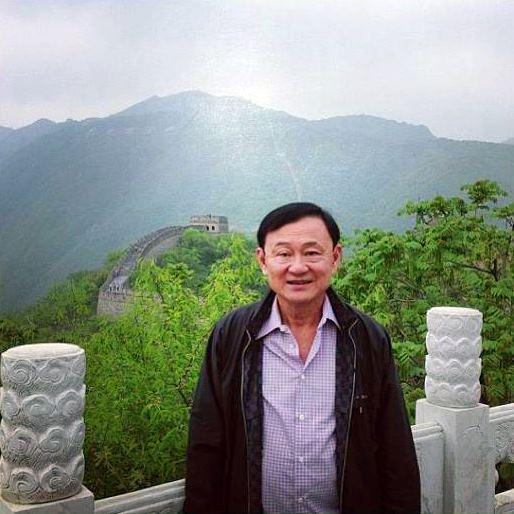 Fugitive former prime minister Thaksin Shinawatra was today sentenced in absentia to two years in prison, without suspension, after he was found guilty, by the Supreme Court’s Criminal Division for Holders of Political Office, of malfeasance over his government’s issuance of two and three digit lottery tickets from August 2003 to September 2006.

The court ruled that Thaksin ignored warnings that the issuance of the tickets might be illegal because there was no law to support the move and he ordered then deputy finance minister and director of the Government Lottery Office (GLO) to go ahead with the project which, according to the court, resulted in about a 1.6 billion baht operating loss by the GLO.

The court also noted that the illegal lottery project had prompted the GLO to withdraw 20 billion baht from the Government Savings Bank as reserves for the lottery project. The court said that Thaksin was fully aware of the risks, but didn’t take any precautions to cushion those risks.

Forty-seven individuals, including then cabinet ministers and GLO officials who were involved in the illegal lottery project, had earlier been tried and convicted by the Supreme Court. Some of them were given suspended jail terms, such as former deputy finance minister Warathep Rattanakorn, former finance permanent secretary Somjainoek Engtrakul and former GLO director Chaiwat Pasokpakdi.

In April this year, Thaksin was sentenced to three years in prison in connection with the 4 billion baht loan granted by the Thai Exim Bank to the Myanmar government for telecom development. The bulk of the loan, however, was used to buy equipment and services from Shin Satellite Company, a subsidiary of Shin Corp which was owned by Thaksin and his family at the time.

He was also sentenced to two years for alleged conflict of interest in a land deal on Ratchadapisek road, which was bought by his then wife, Khunying Potjaman. 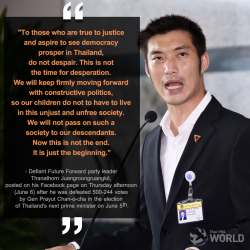