United Front for Democracy against Dictatorship (UDD), or “Red-shirt” leader, Jatuporn Promphan, has raised questions about the construction of a new US consular office in Thailand’s northern capital of Chiang Mai, at a cost of about nine billion baht, and described the current US administration as not being a good ally of Thailand for its decision to cut GSP benefits on over 200 Thai products sold into the US market.

In his Facebook Live talk, the Chairman of the UDD said he suspects the new US consular office might contain something which could pose a security threat to Thailand and urged Foreign Minister Don Pramudwinai to clarify why the US needs to spend such a large amount of money on the office.

He said the new consular office might be a reason why China has not appointed an ambassador to Thailand for some time.

Since the US seems not to attach much importance to US-Thai relations, Jatuporn suggested that the Thai Foreign Ministry address the matter.

The UDD leader noted that, while the Thai economy is reeling from the impacts of the COVID-19 pandemic, the US administration has added insult to injury by cutting some GSP benefits, making the affected Thai products less competitive in the US market.

The decision to cut the GSP benefits in retaliation for Thailand’s reluctance to open its market to the import of red meat from the US.

The Thai government claims that red meat from the US contains a carcinogen. Red meat is associated with an increased risk of colon and other cancers.

Jatuporn also dismissed the Thai Government’s proposal, to set up a “reconciliation committee” to resolve the current political conflict, as unnecessary and useless. 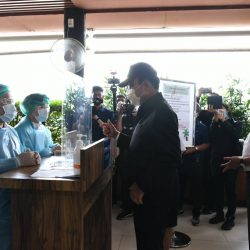 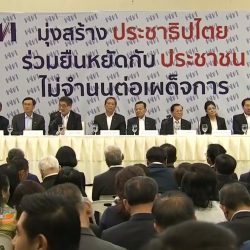