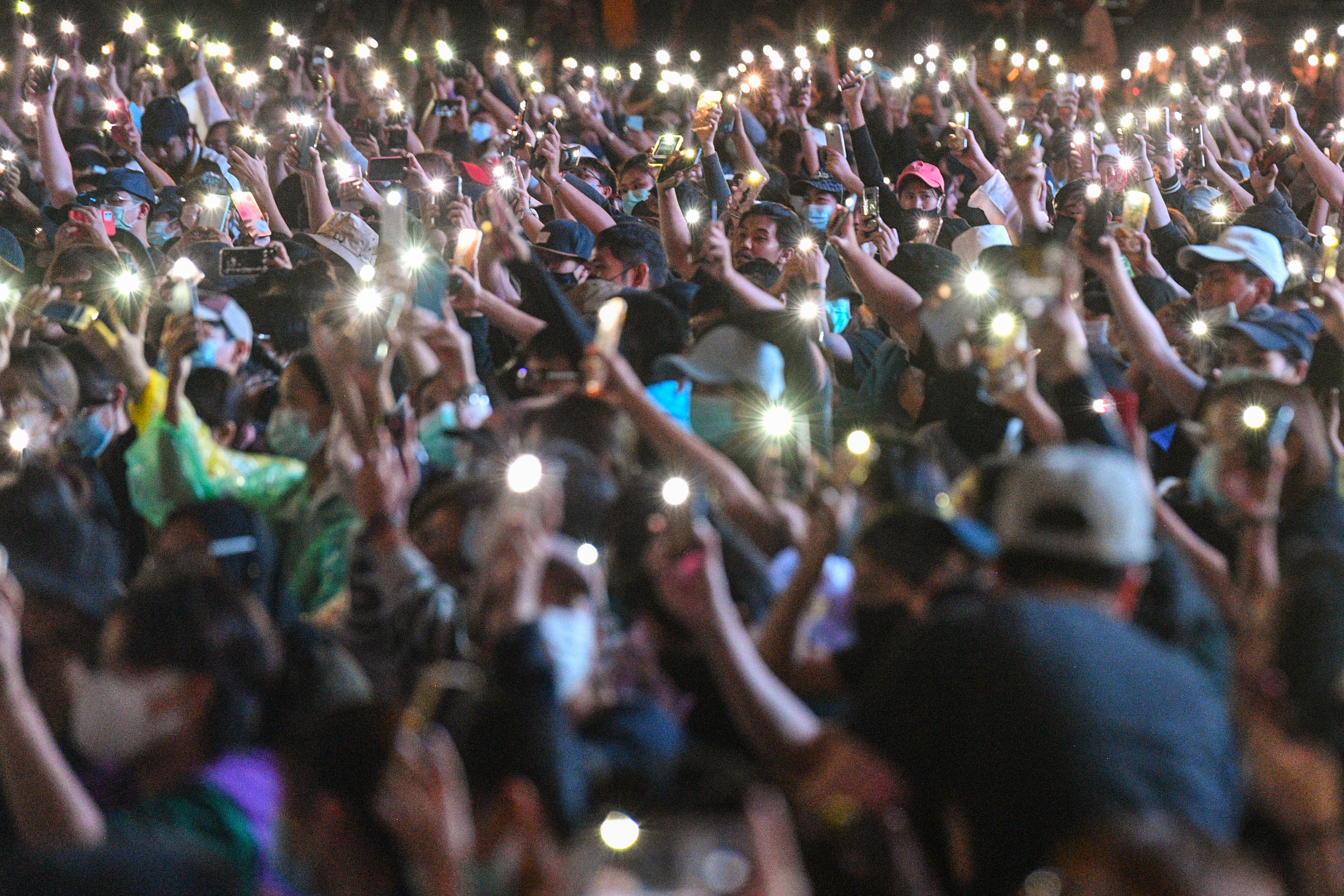 Pro-democracy protesters hold up their mobile phones with lights during an anti-government rally at Asok in Bangkok on October 18, 2020, as they continue for the fourth consecutive day to defy an emergency decree banning gatherings.

The Ministry of Digital Economy and Society (DES) and the National Broadcasting and Telecommunications Commission (NBTC) are considering action to be taken against four on-line media outlets alleged to have disseminated misleading or distorted information related to the ongoing anti-government protests.

The four targeted media outlets are Voice TV, Prachatai, The Reporters and The Standard whose coverage of the protest rallies might have allegedly caused public panic in a way which may undermine national security, public order or good morals.

The instruction to target them was given by the Joint Command for the Administration of the Emergency Situation (JCAES).

Pol Lt-Gen Charuvat Waisaya, an assistant national police chief, told a media conference this morning that the JCAES has no intention or policy to gag the media, but will deal with some “problematic information” on case by case basis.

He said that authorities are awaiting court orders to deal with the media outlets, as identified by the JCAES, for allegedly violating the Computer Crime Act and the Emergency Decree.

He disclosed that the JCAES has set up a panel today, led by the DES Permanent Secretary, to monitor news and information presented by all media and to deal with any media outlets which are “deemed” to have disseminated information considered to undermine national security.

Meanwhile, Pol Col Siriwat Deepor, a deputy spokesman of the Royal Thai Police, said that they are taking legal action against people for rebroadcasting, in a way which may mislead the public about the police action against the protesters, the police’s forceful dispersal of protesters at the Pathumwan intersection on October 17-18.

Prachatai’s executive editor, Tevarith Maneechai, told Matichon online that he is now waiting for an official order from the JCAES about the media clampdown, which is yet to be published in the Royal Gazette.

He admitted that he is still unaware about the real reason for the attempt to gag his media, claiming that Prachatai reports about the protests straightforwardly, adding that the protesters’ demands, as reported by Prachatai, may cause unease among people in government.

Founder of The Reporters online media, Ms. Thapanee Eadsrichai, said she was still in the dark as to what her media is alleged to have done wrong, while insisting that they have done their job in compliance with the media code of conduct and related laws.

She said she will consult her lawyer and is awaiting a statement from the police. 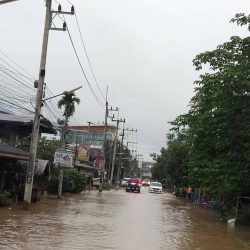 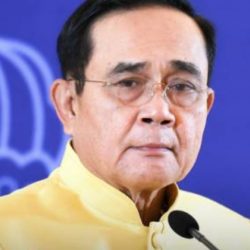