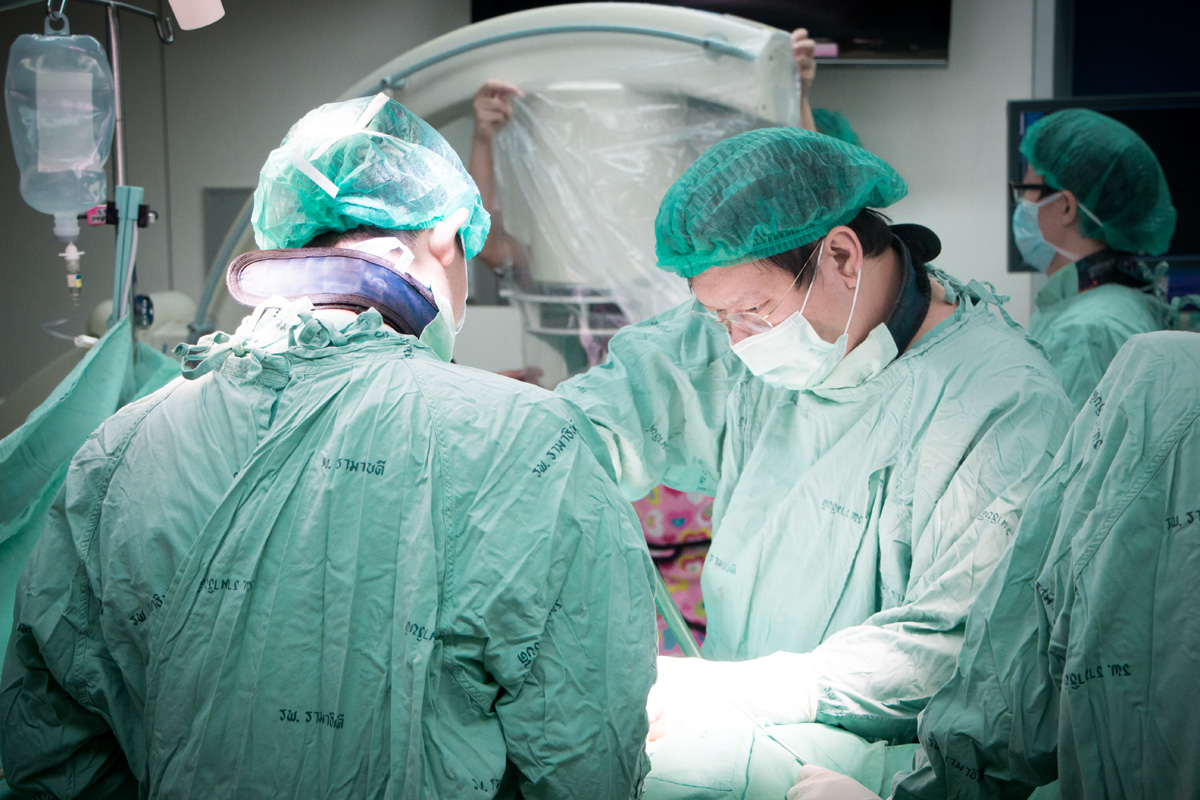 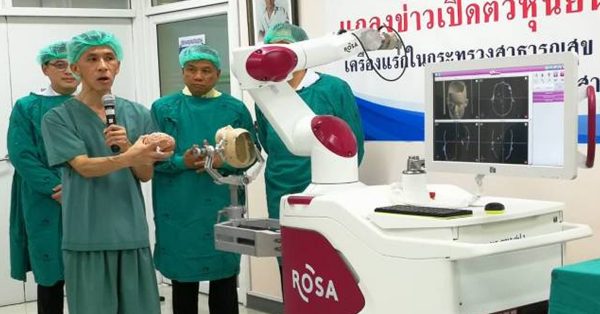 Developed by the Prasat Neurological Institute, the robot is capable of pinpointing the areas in the brain on which to operate with precision and can shorten the time in surgery, from a normal 8-10 hours to about six hours, according to Dr. Somsak Akkasilp, director-general of the Medical Services Department.

He said the robot can also be used in surgery on other brain diseases or disorders, such as Parkinson’s, adding that the new device has already been used in operations on four complicated cases of epilepsy. 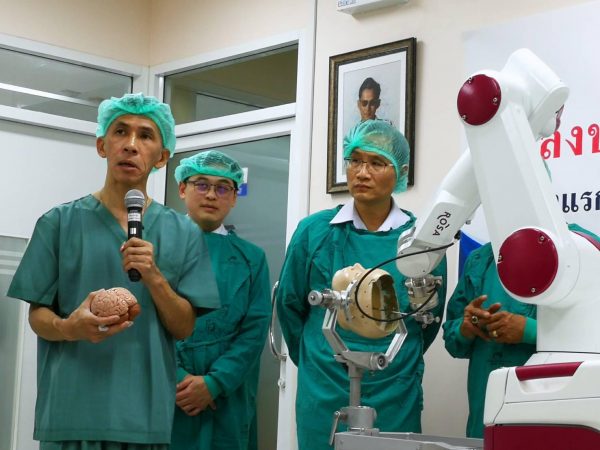 In Thailand, about 500,000 people suffer from epilepsy, almost 150,000 of them are resistant to anti-seizure medications and half of them can be treated by standard surgery. The other half are complex cases, which require the use of the robot to pinpoint the precise origin of the disorders in the brain.

Dr. Somsak said that the Prasat Neurological Institute has set up a fund to raise money from members of the public to support the treatment of poorer epilepsy patients.

A fund-raising run is planned for January 5th. Anyone interested in joining can register online through http://prrunner.net/race/regist-run-outofshadows/. 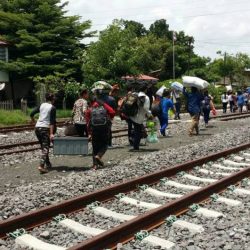 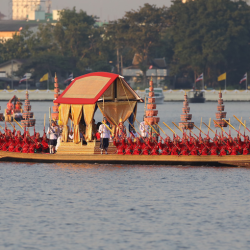 Crowning glory for His Majesty the King