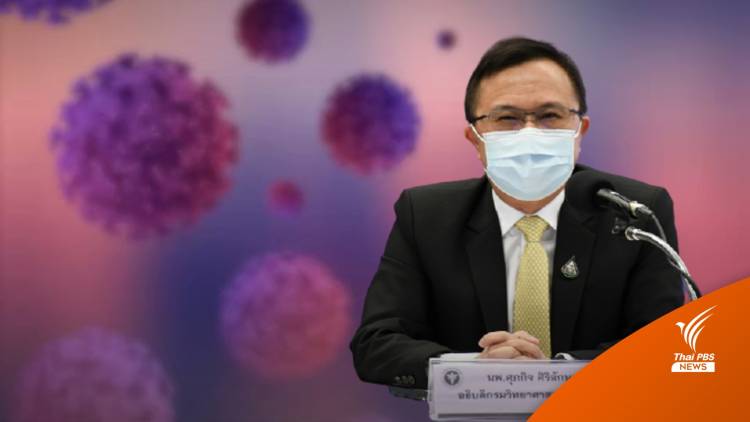 The asymptomatic American businessman, who was confirmed as Thailand’s first case of a COVID-19 Omicron variant infection on his arrival from Spain, is currently under observation in hospital, said Dr. Opart Karnkawinpong, director-general of Disease Control Department, today (Monday).

He said that the 35-year old man has lived in Spain for about a year and left for Dubai on November 29th, where he stopped over for nine hours before flying to Thailand the following day.

During the stopover in Dubai, he wore a face mask all the time and did not talk with anyone. After arrival at Bangkok’s Suvarnabhumi international airport at about midnight, he was driven to a hospital, where he was given a swab test, and he then proceeded to his hotel under the “Test and Go” program.

Dr. Apart said the test result on December 1st showed a COVID-19 infection and samples were sent to the Medical Sciences Department for additional tests, which were positive for the Omicron variant when the results were retuned two days later.

To date, no other Omicron infections have been identified in Thailand, said Dr. Opart

Citing data from the World Health Organization, he said the Omicron variant has already spread to 46 countries, including 15 countries with locally-acquired cases and 31 countries with cases among foreign arrivals. There are no reports of fatalities yet, he added.

Putin heads to India with eye on military, energy ties