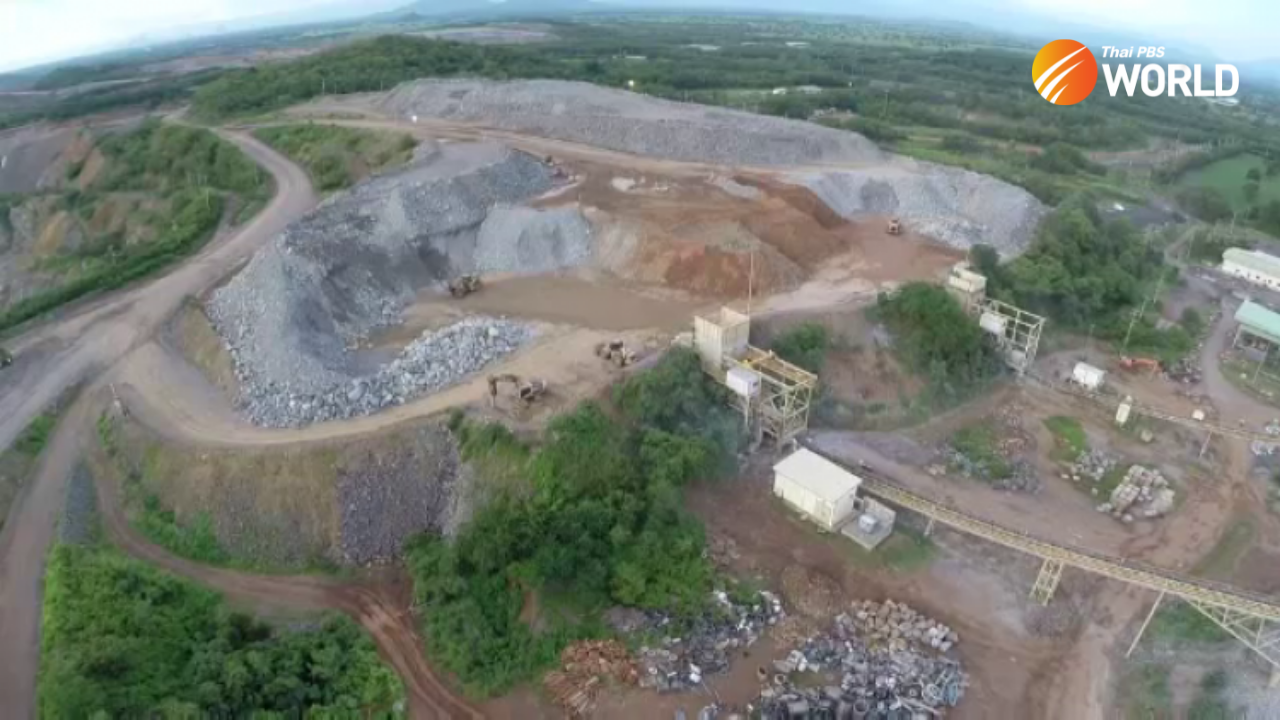 Judgement Day is nigh for Thailand as the Singapore-based arbitral tribunal prepares to issue its January 31 verdict on the government’s battle with an international mining company.

The stakes are high as Australia-based Kingsgate Consolidated Limited is demanding US$750million (about 25 billion baht) in compensation from the government, after its subsidiary Akara Resources’ Chatree gold mine was suspended by then-coup leader General Prayut Chan-o-cha. The government is also thought to have spent about 600 million baht on legal fees to fight the case.

However, recent developments indicate that out-of-court negotiations are progressing so well that Judgement Day could be just an insignificant ritual.

What’s the row about?

In late 2016, General Prayut invoked his absolute power under Section 44 of the interim Constitution to issue an order suspending mining at Chatree from January 1, 2017. The order came in response to local opposition against operations at Thailand’s largest gold mine, which straddles the borders of three provinces – Phichit, Phitsanulok and Phetchabun. Opposition peaked when mining began having adverse impacts on local residents’ health and environment.

A 2014 report by a Thai academic showed higher-than-average levels of manganese and cyanide in local people’s blood. However, the gold miner’s external assessor insisted there was no cyanide leakage.

Akara Resources, previously known as Akara Mining, complained of substantial losses after it was forced to stop operations. It laid off 265employees, while 450 others who worked in related businesses also lost their jobs.

Akara’s moves to negotiate with the Thai government in 2017 ended in failure, so it petitioned the arbitral tribunal in Singapore to hear the case under the Thailand-Australia Free Trade Agreement (TAFTA).

The arbitral tribunal completed its hearings in February 2020. However, the case was left pending because both parties asked for the verdict to be postponed several times.

Judgement Day was first delayed to October 31last year and then again to January 31, after both Kingsgate and Thailand said they wanted more time to conclude their negotiations.

Deputy Prime Minister Wissanu Krea-ngam, the government’s legal guru, recently hinted at the possibility of another postponement but did not elaborate. However, some sources said that representatives of the government and Kingsgate held a negotiation session on January 27. So, it is possible that Kingsgate will want to study the details of these talks before reaching a settlement.

Keen observers say that if there is no postponement of the verdict, only a few possible scenarios remain.

The first scenario is that Kingsgate withdraws the complaint. This will happen if the company is contented with the result of its negotiations with the Thai government.

It should be noted that Kingsgate announced earlier this month that it “acknowledges the cooperation and goodwill shown by the Thai government”, after it received four mining leases for Chatree. Each of the leases runs for 10 years from December 31, 2021. Kingsgate has interpreted the issuance of the leases as a green light for resumption of operations at the gold mine.

The second scenario is that the arbitral tribunal announces the results of the settlement agreed by both parties and stipulates that the parties follow the agreement. Such an announcement would bind both sides to honor the terms of the agreement.

Under the third scenario, the tribunal rules in favor of either Kingsgate or the Thai government. If Kingsgate emerges as the winner, the compensation awarded may not be the same amount it has demanded. Meanwhile, though Prayut’s order to suspend Chatree’s operations was controversial and may contravene TAFTA terms, the chance of Thailand winning is not zero if it can prove that the order was necessary to protect people’s health.

Revival of Chatree gold mine

On January 28, Akara Resources held a meeting with local leaders to publicize its plan to restart mining at Chatree. It said it would take about five months to set up systems and equipment. After that, it will recruit workers – mostly residents living around the mining site.

“About 90 percent of our workers will be locals, while 10 percent will be specialists,” said Akara.

Thanks to the jobs and infrastructure development the company has brought to the area around Chatree, many locals have supported the gold mine since it opened more than 10 years ago.

Opposition to the mine has also declined in recent years, as most of the villagers who were seriously affected by its operations have decided to relocate to safer places. Only a few have stayed put and continue to protest against the gold mine, with support and attention from environmentalists and some politicians.

Commoners Party leader Lertsak Kamkongsak, who has joined locals in their fight against gold-mining related pollution, said he was worried that the Thai government would offer Kingsgate far more than it should just because it wants to settle the dispute. He greeted news of Kingsgate receiving the new mining leases with suspicion.

The government, however, explained that the gold mine was suspended at a time when Thailand was preparing to launch a new minerals law. Under the new Minerals Act issued in 2017, Akara Resources had every right to seek and receive mining licenses provided it was in full compliance with the law.

Despite the arbitral tribunal being outside Thailand, its verdict is binding on all parties. Thailand learned this the hard way more than 10 years ago when it lost a costly ruling to German construction company Walter Bau.

Walter Bau filed a complaint against the Thai government in 2005 over its failure to approve toll hikes included in a concession contract. The German constructor claimed this prevented it from making a reasonable return on its investment.

In 2009, the tribunal ruled in favor of then-bankrupt Walter Bau, ordering Thailand to pay 29.11 million euros. Critics of the government’s action referred to this as a “stupidity fee”. In 2011, after the Thai government refused to comply, the liquidator of Walter Bau seized the Boeing 737used by then-Crown Prince Maha Vajiralongkorn at Munich airport.

Only after the government posted a 38-million-euro bank guarantee for the dispute with Walter Bau, was the personal jet of the Prince, who ascended the Thai throne as King in 2016, released.