Under the edict, Deputy Prime Ministers Jurin Laksanawisit, Anutin Charnvirakul, Don Pramudwinai and Supattanapong Punmeechaow, are authorised to act on behalf of the prime minister, but only Prawit, currently the acting prime minister, has power over budget and staff appointments.

Explaining the need to amend an old regulation with a new edict, while Prime Minister Prayut Chan-o-cha is currently suspended from active duty, Dr. Wissanu said that it would be very inconvenient for General Prawit to consult Prayut every time there are matters concerning such issues.

The edict will be retroactively applied from August 24th, when the Constitutional Court suspended Prayut from active duty, said Dr. Wissanu, adding, however, that Gen. Prawit will not have the power to dissolve the House of Representatives.

He declined to give any details about the contents of the letter, however, saying that Prayut has 15 days from August 24th to submit it to the Constitutional Court.

He said he has learned that the court has notified some individuals that they require them to provide statements about the term in office issue adding, however, that the court will have a hearing for witness testimony.

Prayut attended the cabinet meeting today via video conference, but did not say anything throughout the meeting, said Dr. Wissanu. 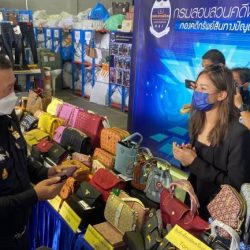