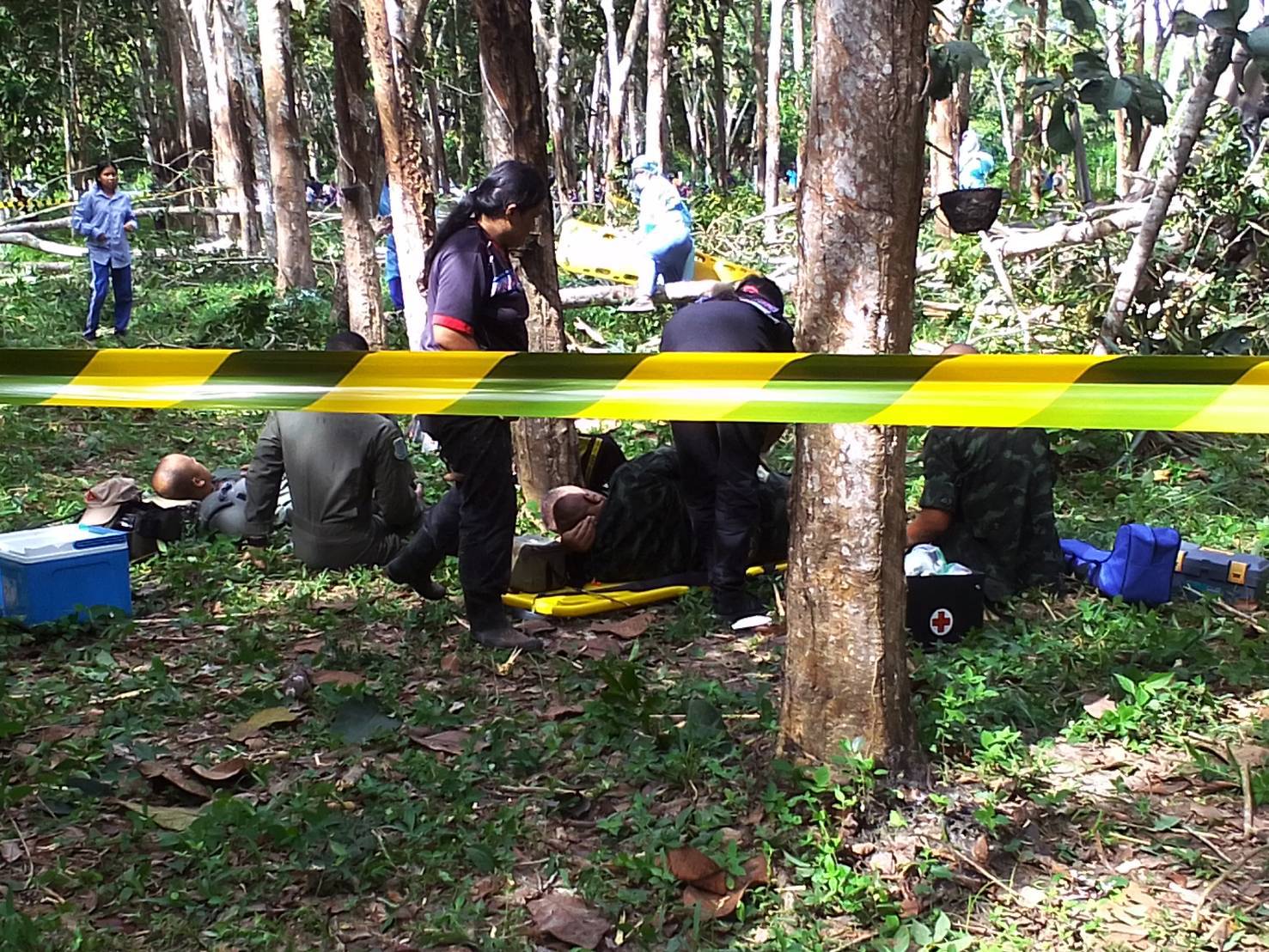 He said that the general will have to spend at least three weeks recuperating, adding that all the other officers who sustained injuries in the crash-landing in a rubber plantation in Thepa district are also safe and in high spirits.

Anutin went to the hospital yesterday, but was unable to see Lt-Gen Kriangkrai as he was in the operating theatre.

The crash site has been cordoned off, waiting for a team of aviation safety experts to arrive to investigate the cause of the accident, before the wreckage is removed from the plantation.

Songkhla Governor Jesada Chitrat is due to visit all the injured officers this afternoon to wish them well on behalf of His Majesty the King.