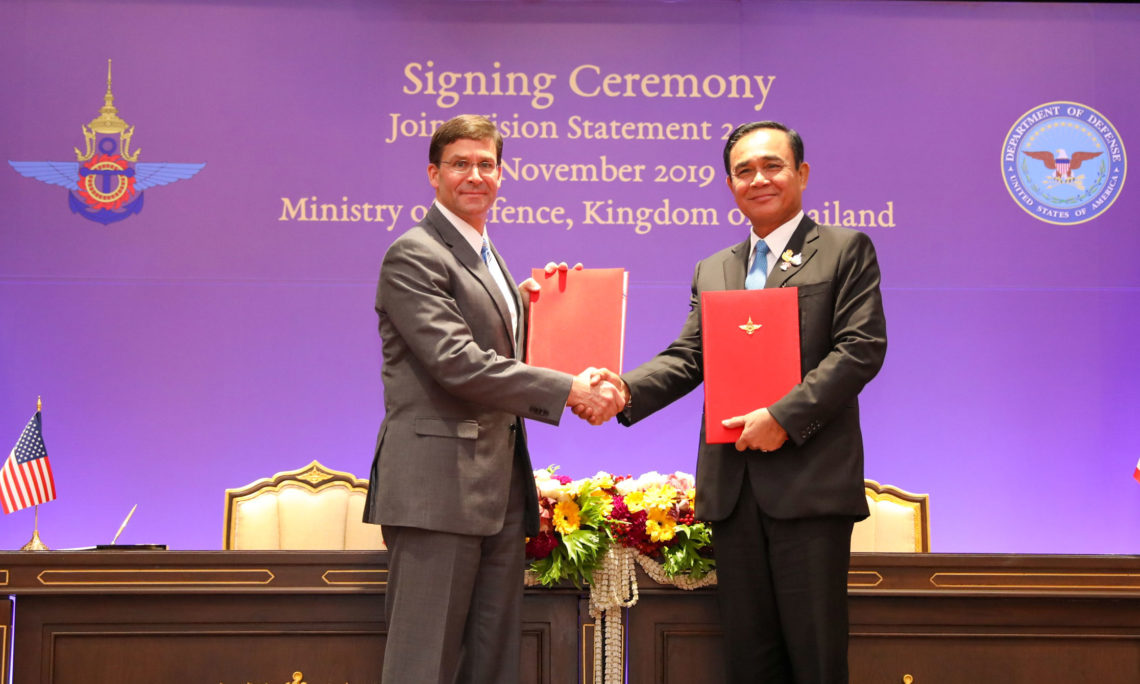 Prime Minister and Defence Minister Prayut Chan-o-cha and US Secretary of State Mark Esper at a ceremony to sign the Thai-US Joint Vision Statement 2020 in Bangkok on Sunday. – Photo from US Embassy, Bangkok

Prime Minister Prayut Chan-o-cha on Sunday signed a joint vision statement on defence with the US which reaffirms the two countries’ shared commitment to their long-standing defence alliance.

Signing the statement in Bangkok on behalf of the US was US Secretary of Defence Mark Esper.

The statement reaffirms the importance of the U.S.-Thailand defense treaty alliance for the 21st century. “ We note that defense ties complement all elements of our much broader relationship, including strong diplomatic, economic, and cultural ties. We are committed to strengthening all of these important partnerships in order to achieve greater peace in the Indo-Pacific region and beyond,” it said.

Thailand is currently a “Major Non-NATO Ally”and the statement recognizes the importance of sustained security cooperation, including education and training, capacity-building, interoperability, and modernization of defense and security institutions to strengthen the U.S.–Thai defense alliance.

“The alliance supports Thailand’s leadership role within the Association of Southeast Asian Nations (ASEAN) and other international security fora to advance mutual interests and reinforce the rules-based international order,” it said.

It also recognizes ASEAN centrality and the important role of the ASEAN-led regional security architecture, including the ASEAN Regional Forum (ARF) and the ASEAN Defence Ministers’ Meeting-Plus, in promoting mutual trust and confidence-building for regional peace and stability. 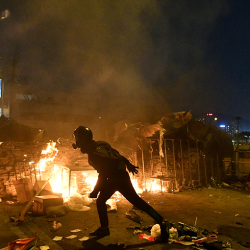 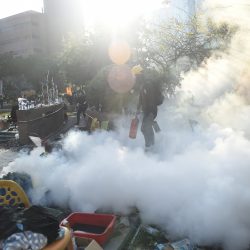